It is with deep sadness that we announce the passing of American judo legend George Harris 9th Dan. The genial and gentle giant Harris had fought a long battle with cancer and died peacfully in the arms of his wife.

George Lee Harris was born in the tiny village of Kittrell, North Carolina on 15 January 1933. By 1952 Harris had moved north to Philadelphia and the Korean War was at its height. Harris showed an early taste for combat activities and was an amateur boxer from the age of 12, continuing through high school. Yet, despite the knowledge that many of his high school friends had been killed or were missing in action he joined the US Air Force. Harris was sent to Travis Air Force Base in California for medical combat training. It was here that he was offered an introduction to judo by sergeant Phil Porter. In 1954 a 10-man AAU-Air Force team visited six Japanese cities to compete in 16 contests. Harris was a successful member of this team and reportedly won all of his 16 contests. In 1956 Harris, by then a 2nd Dan, took third place in the heavyweight division at the national AAU Judo Tournament at Seattle. After winning the US National Championships in 1957 and ’58 Harris was transferred from his original Air Force responsibilities to the physical fitness unit where he was able to concentrate on learning judo, karate, aikido and ju jitsu. His new role was to maintain the fitness levels of Air Force flying personnel and, in the Strategic Air Command, teach hand-to-hand combat to bomb crews.

Over a period of ten years Harris would spend many months in Japan training at the Kodakan and, when not training in Japan, the Air Force sent Harris to compete throughout Europe and South America. In 1958 Harris won the 3rd Dan category at the Pan-American Judo Championships held in Rio de Janeiro. Later that year, Harris represented the U.S. at the 2nd World Championships in Tokyo where he placed 5th losing to eventual gold medalist Sone of Japan. After his efforts in Tokyo Harris was promoted to 4th Dan. He competed at the 1964 Olympic Games in Tokyo when judo made its Olympic debut. Harris, an African-American, competed alongside teammates Jim Bregman, who was Jewish, Ben Nighthorse Campbell, a Native American, and Paul Maruyama, a Japanese American.
J


In 1968 Harris, along with George Bass, Robey Reed, Jim Bregman, Phil Porter, Rick Mertins, and Karl Geis, attended a meeting in Chicago that saw the founding of the United States Judo Association. Widely regarded as an honest and upright figure in US judo, Harris came from a family where his father and all uncles had all died before the age of 50. Harris was only a few days short of his 78th birthday. He was the father of three daughters, all college graduates, of whom he was immensely and understandably proud. He was already battling prostate cancer when in 2000 Rebecca Barnett interviewed him for an article later published in The Masters, Judo for Adults. “Everything that happens in life shapes your values and whether you’ll be an honorable person. I’ve tried to be a good person, to touch other people’s lives, to impact them to live honorably” said Harris. 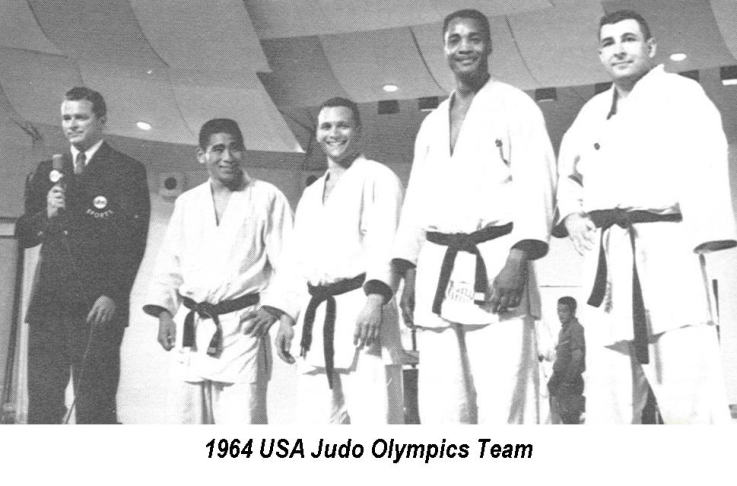 "And on behalf of the judotalk staff, we would

like to extend our condolences to the Harris Family"