JUDO NEWS: Dr. AnnMaria - What the hell is going on at USA Judo & Why is No One Upset about it?

In the End, we will remember not the words of our enemies, but the silence of our friends. - Martin Luther King, Jr.
-
By Dr. AnnMaria  (Posted April 7, 2016) 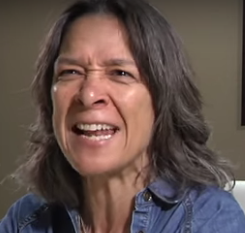 If eight years from now, there is no one doing judo at the Olympic level in this country, we only have ourselves to blame.

Lynn Wooldridge-Thursby filed a complaint with the U.S. Olympic Committee regarding the mismanagement of funds and many other problems in the national governing body. The result was that USA Judo was put on probation.

Really given the findings, I should be astounded that people aren't up in arms and that no one has been fired. I'm not astounded, though, because, sadly, I have come to expect corruption and cronyism in international sports. The whole FIFA scandal didn't surprise me in the slightest.  The same is going on in judo but as long as people can get their slight piece of the pie or $1,000 here or there to go to a tournament or on some list as the toughest 11-year-old in America no one speaks up.

Lynn tells me, and I know it is true because I have been in her position many times, that she gets all kinds of calls and texts "off the record" from people saying they support her but when she says, "Well, then, SPEAK UP!" they crawl back over in a corner on their bellies like a reptile.

To summarize some of Lynn's posts

So, if you didn't know. Now you know. THIS is why I spend all of my time and money working with the Gompers Judo program  - because I know my efforts go to supporting fine young people making themselves into even better people.

There is a lot more and Lynn has posted links to all of the documentation of this. 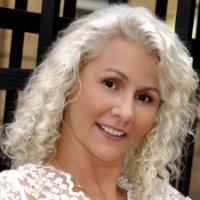 facebook: Lynn Pearce Wooldridge-Thursby
Who's hands are in the pockets of USA Judo? Who benefits from their relationship with our organization?
-
We know the CEO has benefited at the expense of the organization and taken funds rightfully belonging to USAJ.
-
"We know funds have been spent or squandered unnecessary when athletes weren't being paid".
-
We know millions were transferred out of the control of USAJ into the hands of a small group of individuals and there is NO accounting for where or how those funds were spent. They returned a mere 770,000. to USAJ.
-
What you may not know is~
How much USAJ has paid family members of employees? (Including extended family)
-
How much was & is being paid to business partners of USAJ employees?
(One example)
The North Miami training site received government grants of 200,000. during 2008-2009. This company was owned by Jose Rodriguez and Jhonny Prado.
-
How many sponsors listed on our website are actually paying money to be a sponsor and how many are not?
How much is paid to manage the coaching program with NONE of those funds coming back to USAJ?
We have 850 - 1000 coaches. How much are the annual fees and clinics?
This same individual chairs the coaches education program, the promotion board and heads the committee selecting the Olympic coaching staff.
-
Obviously we don't have enough volunteers. Why is all this happening when we have "conflict of interest" policies? Where is the Board? Aren't they supposed to oversee and safeguard our organization? Why are they looking the other way?
-
-----
I wish I could say this is an April fools joke but I'm afraid the joke is on the members of USA judo, and it's not funny.
-
American Judo Fund (AJF)
This was a nonprofit organization that was set up by our board of directors in 2007 . It was a separate organization with no affiliation or responsibility to USAJ with the exception of some shared board members. I was told this was done in order to safe guard funds from lawsuits. These funds came from the USOC LA Olympic one time profit sharing gift and and the lifetime member - scholarship fund before being transferred in 2008.
-
The previous Board of Directors worked hard to safeguard these funds for the future of USAJ. They invested with the USOC investment pool.
-
Yearly earnings on investments ~
2004 - 225,273.00
2005 - 53,686.00
2006 - 296,960.00
2007 - 354,049.00
2008 - 28,604.00**
5yr total - 958,572.00
(See 2008 form 990)
In the beginning of 2007 the investment fund was valued at 2,480,801 and at the end of the year 2,567,532. (See 2007 form 990)
USAJ transferred 2,310,006.00 (yes, over 2 million dollars) out of its control into the AJF during 2008.**
-
In 2015, the AJF returned the balance of USAJ funds back into their control.
-
The amount returned was a mere 771,250.52.
What happened to USAJ's money while entrusted to the AJF? Why is there no accounting for where the over 1.5 million dollars was spent? And more importantly, how much of this nest egg is left now?
-
----------
Our CEO, when he first started working for USAJ charged a lot of personal expenses to the USAJ credit card. Not a couple hundred but around 20,000.00. This was discovered and he was "allowed" to repay the funds while retaining his position.
-
Fast forward 8 years and he decides it's OK to sell USAJ inventory through his own personal corporation and reap the profits for himself. USAJ paid for the warehouse, staff and other associated overhead expenses. Do we know how much inventory he "helped himself to"?
-
The bigger questions remain....
Why is he still here? Why is someone running our NGB that puts his personal interests above that of the membership and athletes? Why is it OK for him to take the profit the NGB so desperately needs, while the NGB pays the bills for his little personal business enterprise? He has admitted this and more.
This is WRONG.
This is UNETHICAL. This is a CONFLICT OF INTEREST!
This brings up some other questions...
What else has he done to enhance his personal revenue at the expense of the NGB? It stands to reason these are not isolated incidents.
What has the Board of Directors done to solve this problem?
If you are misappropriating company funds for your own personal use, in any other situation, YOU ARE FIRED. You are not allowed to resign or hang around and cause more harm. The Board has had numerous opportunities to straighten this out, instead they look the other way or bury their heads in the sand.
-
Don't the athletes and membership deserve better? Isn't it your job and responsibility to ensure this doesn't take place? When unethical actions do take place and are admitted to, isn't it your responsibility to take immediate action?
-
Why is he still the CEO of USA Judo? Why are you allowing him to resign? The Board should STILL take action on this matter! Please terminate our current CEO and find us a respectable, honest and hard working CEO that has USA Judos best interest at heart.
-
-
SOURCE: The Business/Judo of Life: Dr. Ann Maria's blogspot
-
-
JUDO NEWS

NOTE: judotalk.com is reporting on the news of JUDO and not taking sides "For or Against". In general, we only report on the positive aspects of our sport, but there are times when it is necessary to report on the ugly news so that the JUDO community is well informed on things that may have a huge negative impact on the future of JUDO for all of us.

Only reporting on Judo News - You decide the facts.