September 8, 2012 - A USA Judo team of young stars put three on the podium for a gold and two silver medals at a super competitive Pan American Junior Championships in Cali, Columbia yesterday.

In the past three months, we have had three series of clinics to become certified national coaches. The class was run by Mark Lonsdale, a USJF, USJA & USA JUDO certified National Judo Coach and former international competitor. These 3 classes were the most organized and informative classes that I have ever attended. Mark brought a whole new outlook to coaching and the approach to teaching a technique that we all have… The judo Olympic champion in Beijing 2008 Ole Bischof ended at the age of 33, his career.A return as manager he can imagine… 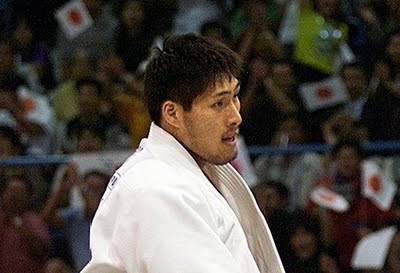 Japan men's judo coach Shinichi Shinohara, who endured the humiliation of his team finishing with no gold medals for the first time in Olympic history at the London…

A FORMER cage fighter who turned his life around after discovering the teachings of judo hopes to inspire unruly teens to stay out of trouble.

Charlie Knight was lured into the…

BARSTOW • Much like in many other towns, the local sports landscape boasts stories…

The Wolverine has just gotten a new cast member in the form of Olympic judo silver medalist Naoya Ogawa.…

Japan's Masaki Kento won the men's +100kg category by first throwing Wang Song CHN for waza ari and then holding his Chinese opponent for waza ari awasette ippon all within the first minute of the Paralympic heavyweight final.…

At the second day of the Paralympic Games in London the Ukraine won its third gold medal. What didn’t succeed at the Olympic Games, is compensated by the Ukrainian paralympians.

First up, 18-year-old Solovey won the -73kg by ippon against Uzbekistan's Sharif Khalilov, before Kosinov overcame Jose Effron of Argentina in the final match of the…

Afag Sultanov AZE was a revelation and should not be surprised if she finds herself in the next edition 101 Best Ippons for her tani otoshi on Lucia Da Silva Teixeira BRA in the final of the -57kg category.…
Continue