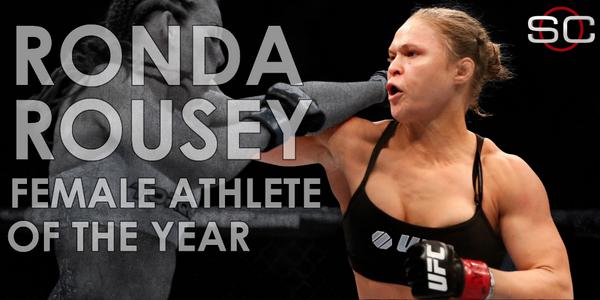 By receiving this prestigious accolade, Rousey turns this moment into a historic one, as she became the first, and only, martial artist to be honored at ESPN’s award show, ever.

The UFC women’s undefeated bantamweight champion is already recipient of an Olympic bronze medal in judo and owns a shiny belt, among other awards that she has earned throughout her successful career, but now she is part of history with the top athlete recognition for her impressive run over the last 12 months.

As partner of the Ultimate Fighting Championship, the USA Judo family would like to congratulate Ronda Rousey for this honorable and well-deserved recognition.