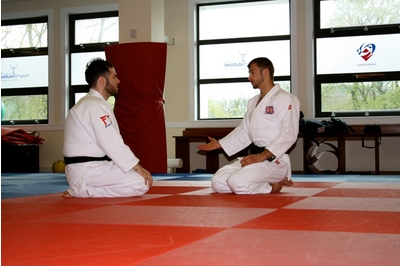 When I signed up to write this blog I had a very basic knowledge of judo. 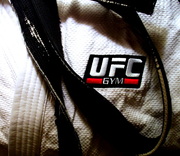 I had a good understanding of the points system and I even knew some of the judo jargon in Japanese, but I had never stepped into a tatami (judo mat) or tried on a gi (judo uniform)-->

In Brazil, where I am from, the sport has a considerable number of followers, not only because traditionally Brazilian judokas have a consistent track record of winning Olympic and World Championship medals, but because "JUDO" is the martial art of choice for most of the kids.

The above, however, was not my case. I used to follow the sport during the Olympics, but my excitement would fade once the Games finished, only to be reignited four years later.

So, how could I write truthfully about judo if I have never practiced it before?

On the quest to make this blog as authentic and entertaining as possible, I have been spending most of my time learning everything that the internet could teach me about judo. I did make progress and I can say that now my knowledge goes a little further than how it was two weeks ago.

However, that was not enough, something was missing.

After contacting Judo Scotland, Scotland's governing body for judo, to find out more about the work they do and the preparation for the Commonwealth Games, I was invited to visit their Headquarters and Team

Scotland's training camp, on the West side of Edinburgh.

As I arrived, I was introduced to one of Scotland's big names in judo, Patrick Dawson, second best ranked on the qualifying list of judokas that could represent Scotland at the Commonwealth Games in Glasgow (the selected team will be revealed on May 28). At that point, I was happy to secure an interview with one of the big names of judo in Scotland, but Dawson had other plans for me. 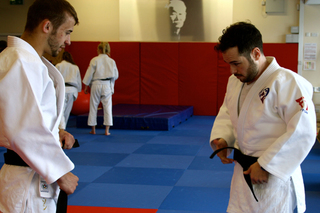 I don't know how it happened but in a matter of minutes, I was standing in front of Dawson, in the middle of the tatami, learning how to tie the belt (black belt by the way) on my judogi. My first judo lesson was underway.

Over the next 40 minutes, Dawson taught me some of the judo's basic training techniques and the principles that come with them. 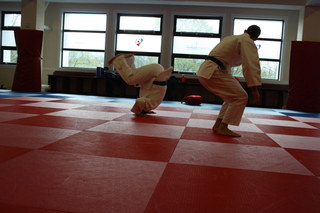 "I've learned about respect". You bow to come in and out of the tatami, and to your opponent.

I've learned that in judo, it is very important to learn how to fall, so you don't hurt yourself or your opponent.

I've learned that judo is much more about technique, tactics and intelligence than just power and explosion. It is a combination of all those elements.

I've also learned the throw "ouchigari" or large inner reap, and the hold down "kesa gatame" or scarf hold. 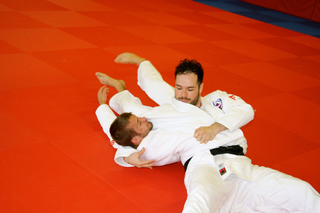 You learn by repetition so every time you repeat a movement applying the correct skills; you improve the results and achieve your goals - another great lesson that judo teaches.

At the end I was exhausted, dripping with sweat but feeling like a pro. I left the tatami, energized, motivated and definitely more aware of this fantastic sport. I think that I found what was missing. 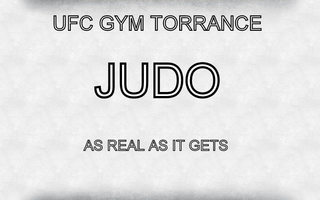 Get the knowledge and skills with JUDO instruction & training... @ UFC GYM JUDO Torrance, CA. "With our introduction beginner [Level 1 Course]"