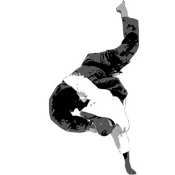 The statement 'at one stage was the number 10 ranked fighter in Japan' is incorrect. I am writing this because I don't want other Judo ka to misunderstand me.

Hello Richie, thanks for your comment. I am from Japan.

I hope you will visit Japan and can find the great Judo ka.

I really think they will fascinate you.

What country is Tsujimoto sensei from?  And what weight does he fight at?

"Thank you Toshi for correcting this part of the article that we got from an Australian news source, we will delete that portion of the article in the main blog." 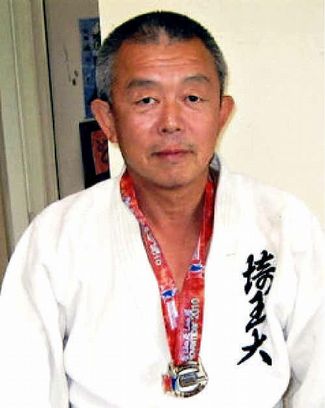 Toshi Tsujimoto won a silver medal at the Pan Pacific Masters Games on the Gold Coast.

The 58-year-old disciple of judo improved upon his last effort at the Masters Games in 2006 when where he secured bronze in the middleweight division.

This year Tsujimoto competed in the 50-69 years lightweight category and came up against former Australian judo champion Steve Potter in the gold medal fight.

While he didn’t take the gold, he achieved his goal of improving on his 2006 performance.

“In 08 I was injured and wasn’t able to get the silver, but this time I got the silver and I am happy,” he said.

Tsujimoto admits his body isn’t what it used to be, but he is keen to try and go one better in two years time.

“I am getting older and have injured many parts of my body,” he said.

“My body is a bit like a second-hand car, so it makes it hard to fight.

“If I can fight properly, I will go again.”

Tsujimoto has competed in judo since he was a teenager and at one stage was the number 10 ranked fighter in Japan.