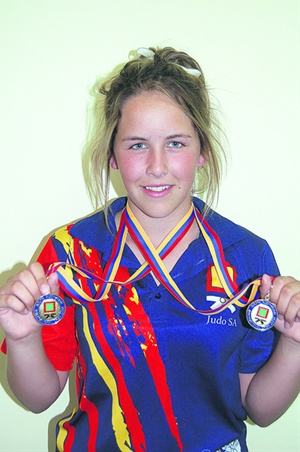 The 14-year-old, competing in her third SA open event, took out the under 15 girls 52 to 57kg and 57 to 63kg weight divisions, winning all four of her fights.

With 90 competitors from across Australia and the world, including as far as France and Japan, Tamika won three of her four fights with hold downs, and was happy with her performance having spent time out with glandular fever earlier in the season.

"It was an enjoyable experience and it was good to fight against other people," she said.

Her next competition is in Adelaide on November 27 where she will be hoping for even more success.

Port Lincoln's Jeffrey Shannon also took part in his first international open and was up against experienced opponents in the 100kg plus weight division.