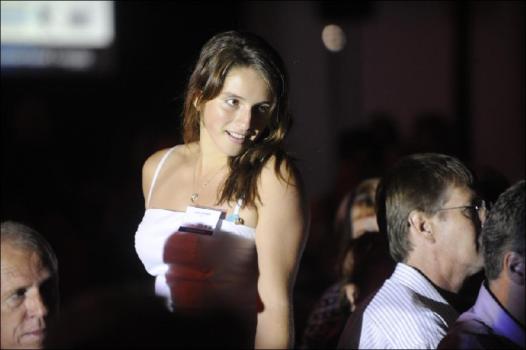 CHANNEL 9 presenter Cameron Williams will think twice before asking for another demonstration from the Liverpool Leader’s 2010 Junior Sports Star.

Judo fighter Jessica Girardi called the presenter’s bluff at the ANZ Stadium award ceremony on Wednesday night - and had him on the floor faster than he could say “seo-nagi”.

“Cameron Williams had been asking people to show their skills all night and then it was my turn,” Jessica said.

“The seo-nagi (shoulder throw) is my favourite but I was quite hesitant to put it into action in a dress and heels. It worked perfectly.” 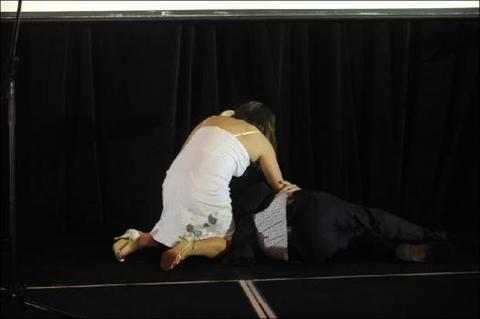 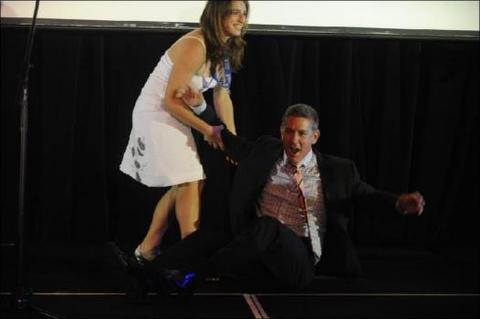 The footage was aired on Channel 9 news on Thursday night.

The Moorebank resident said she asked Williams if he was okay after the presentation.

“He laughed and said he’d be able to get up in the morning,” Jessica said.

“Cameron said there’s a reason why judo fighters don’t have pockets after he landed on his car keys.”

The 157cm dynamo said Georges River Grammar schoolmates have seen her produce the same move on the principal at assembly.

“My friends now laugh and can’t believe I did the same move in a dress and heels, but I could do it in a shorter dress and higher heels,” Jessica said.

“We train pretty intensively so those factors don’t get in the way.” 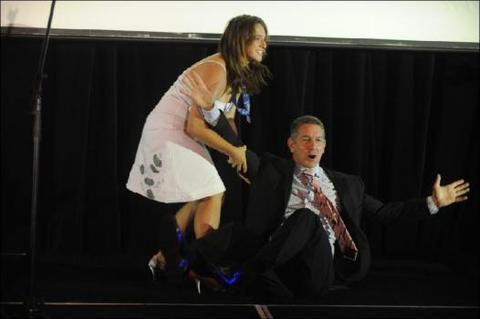 ``She could have done a milder throw but she

``They all enjoyed themselves, and that’s the main thing.’‘

The 15-year-old won the Junior Sports Star medal and $1000, which she said would fund her trip to the Perth national championships in June.

``I wasn’t expecting to win at all after looking around and seeing all the junior Olympians,’’ Jessica said.