Scottish judoka: BURTON OUT TO MAKE HIS MARK! 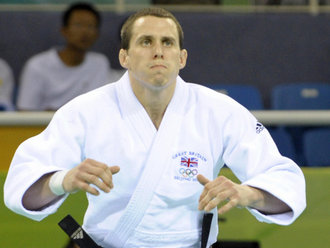 Scottish judo fighter Euan Burton is determined to make another big impression in the Tokyo Grand Slam as his journey on the road to London 2012 continues.

The 31-year-old Edinburgh judoka has been producing consistent results at the major events, returning from the recent World Championship in Japan with a bronze medal.

Burton claimed the prestigious Tokyo Grand Slam title in 2010, and is fully focused on delivering another gold next month.

"I will be doing just over two weeks' training out in Japan before I compete in the tournament, then I have a training camp after that, and come back just a few days before Christmas," Burton told Press Association Sport.

"It is a busy time of the year for me, but I am looking forward to it.

"I have had some real big results in Tokyo, with winning the Grand Slam there last year and then getting the bronze in the World Championships.

"I am hoping that good run will continue."

Although he was not able to secure a medal fight at the Beijing Olympics, where the Scot had been mentored by British Olympic Association's elite performance director Sir Clive Woodward, Burton has since returned a string of impressive displays on the International Judo Federation World Circuit, including bronze at the 2010 European Championships in Vienna.

By virtue of his consistency, Burton has found himself being held up as Britain's stand-out judo medal prospect for London 2012.

The Scot, though, feels the weight of expectation goes hand in hand with continued success.

"I am in judo because I want to feel proud of what I have done, so the pressure is really put on from yourself," said Burton, an ambassador for Maxinutrition, the parent company of Maximuscle, who have announced a research partnership with UK Sport.

"Of course when you get good results, there is added pressure on you as the player who is getting those big results for your sport.

"There is a certain amount of pressure which comes with that, but I also think if you were getting great results and everyone was ignoring you, you would probably be a bit hacked off.

"The fact I am getting a bit more of a profile where people are starting to take notice a little more can only be a good thing for me.

"I just feel it is all part of being an athlete, getting good results and being able to cope with the pressure which comes from that.

"I am doing pretty well with that at the moment, and hopefully that will continue in the next 18 months."

Britain is sending a selected group out to both the Korean World Cup and Tokyo Grand Slam - including youngster Ashley McKenzie who last week won gold at the European Under-23 Championships in Bosnia - as head coach Patrick Roux starts to fine tune preparations for the London Games.

"We have a group of players who are connected to the World Cup level and with those selected for Korea and/or Tokyo, we are now looking for consistency of performance and medals," the Frenchman said.

"This is a progressive pathway and we are now being more selective." .