No Leandro Guilheiro or Tiago Camilo at 2013 World Championships in Rio de Janeiro: But this is the Home turf of the Brazilian Judokas, So look out WORLD...

RIO - meeting in Rio de Janeiro for training aiming at the World Championships, which begins next Monday, the Brazilian national judo team received the press on the first day of practice in the city, in the School of Physical Education of the Army, in Urca.
NOTE: For "LIVE TV", "LIVE RESULTS" and "TIME SCHEDULES" please scroll to bottom for links.
Marcos de Paula / Estadão
Judoka seeking its first medal in this competition

Without names like Leandro Guilheiro and Tiago Camilo, there is a heavy responsibility on Sarah Menezes, the only member of the team to win gold medal in London Olympics...

As usual, the light weights go into action on the first day of the competition, with Sarah Menezes as well as Felipe Kitadai @ right, who won the bronze at the 2012 Olympics.

Piauí is preparing to respond to opponents, who certainly studied their strategies. "They are studying me, and I'm studying them. Seeking to vary my workouts I have a defense every time they catch on my kimono, and a counter-attack."

Consecrated in the Olympics, Sarah has not achieved the feat in World. In the 2010 edition, in Tokyo, and in 2011, in Paris, was eliminated in the semifinals and won bronze. This year, after a break in training, during which fat reached four pounds, picked some good results: gold at the Moscow Grand Slam, Grand Slam bronze in Paris and two silvers at the World Masters and World Military. 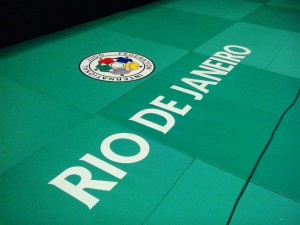 Besides Sarah, Brazil has four other judokas leading the ranking of their categories:

Nevertheless, not all consider themselves favorites. "I saw many seeded losing the Olympics. Everybody in Judo will be here trying to win the Gold Medal and become the 2013  World Champion," says Maria Suelen.