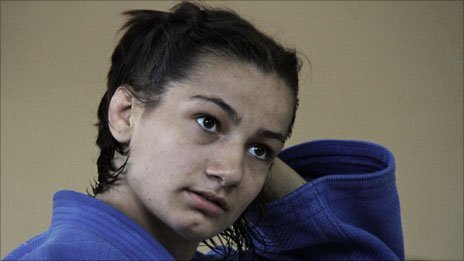 Judoka Majlinda Kelmendi may have to compete at the Olympics as an independent athlete.

Around 200 judo fighters recently competed in a dress rehearsal for the Olympics. Most donned uniforms emblazoned with the three letter code that signifies their country of origin. A few sported the initials of the International Judo Federation. Why?

"It's not a good thing when you hear people sitting next to you asking 'what is the IJF?'," says Majlinda Kelmendi.

"They don't see that my coach has Kosovo on the back [of his top], they just look at the competitor."

It is a situation that the 20-year-old judoka has become accustomed to since Kosovo declared its independence from Serbia in February 2008.

Athletes from Kosovo bear the initials 'IJF' on the back of their uniforms because Kosovo is not formally recognised as an independent nation by the International Olympic Committee (IOC).

Kosovo's declaration of independence was not accepted by the United Nations Security Council because of opposition from Serbia, Russia and China.

Although Kosovo's sovereignty has been recognised by 69 countries, it requires the support of more countries to gain membership. If Kosovo fails to be recognised before the Olympic Games, Kelmendi could compete as an independent athlete for the IOC.

"I don't know why politics must come before everything," says Kelmendi. "I'm just an athlete but I think we deserve to compete as Kosovo at the Olympics." 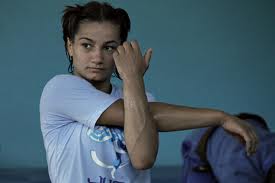 Qualification for London 2012 is already assured for Kelmendi after an October which saw her bag three gold medals in as many weeks in the under 52kg division. She emerged victorious at World Cups in Italy and Belarus and then went on to defeat Hongmei He of China in the Abu Dhabi Grand Prix final.

Her success, coupled with the uncertainty surrounding her competing nation, has brought with it temptation. Despite a big money offer from Azerbaijan Kelmendi has not been distracted. 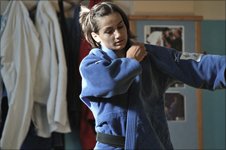 "I have refused some good offers from some really big countries, strong countries to represent Kosovo and I don't want someone to come to me and say this is not possible, there is no way Kosovo can be in the Olympics," she explains.

"Kosovo is a new country and I would like to be the first to represent Kosovo at the Olympic Games".

Securing a world number three ranking by racking up nearly 500 qualification points in just two months also afforded the judoka the luxury of watching the recent Olympic test event from the sidelines.

Despite the success, Kelmendi's family have helped keep her feet on the ground.

"Yes they are proud of me but when I am at home they do not show it," she says with a laugh.

"But they are happy because I am the last child in the family and I always have been their favourite child."

And if Kelmendi can claim a medal at London 2012, with her nation proudly printed on the back of her shirt, she will surely be Kosovo's favourite child.

The focus then turns to next summer and having now spent time in the host city and its Olympic venues, Kelmendi gives her verdict on London. 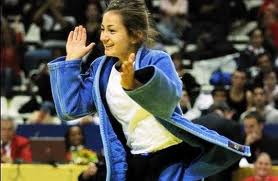 "I like the place, everything that is here, it's amazing. I think my dream has come true."