Judoka: The generalist specialist, and the growth of the movement culture 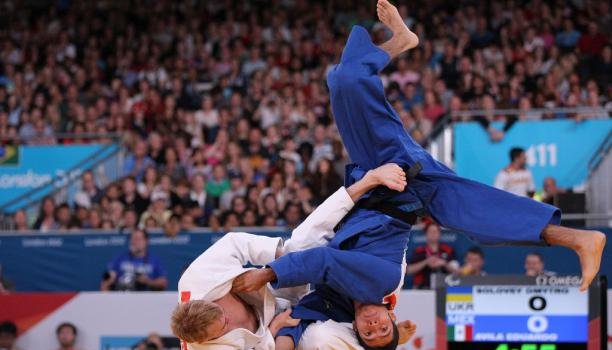 Having been involved in high performance sport for well over a decade, I have come to notice quite a few trends come and go. Most recently, thanks to the popular superstar fighter Conor McGregor and his movement coach Ido Portal there has been a big push for athletes and fitness enthusiasts to invest in their movement capabilities.

By now, most people will have started to notice some people crawling around the gym floor like animals, performing handstands and various other gymnastic movements and all together looking a bit mad. This current trend is actually one of the most positive moves I have seen in training for the whole time I have been involved in sport, and if curious I urge you to give some of these moments a go (they are much harder than people like Ido make them look).

Whilst this paradigm shift in training is a positive one, it should not necessarily take precedence over actual sports training or indeed developments of strength and endurance. A rugby player being able to perform cartwheels is not going to make them run faster or hit harder, however the increased balance may come in handy when they in a tackle situation and need the increased spatial awareness.

Instep the judoka, who have been the jack of all trades and master of none (physically) for decades. The top level of international judo player will not be the fastest, strongest or best conditioned athlete you come across. Those accolades will go to the specialists such as sprinters, weightlifters and rowers. However, due to the massively varied nature of the sport judoka are quite possibly some of the most well rounded athletes around.

Just take a look at the athletic ability of some of these guys). By being exposed to such varied training stimuli, as well as highly specialised technical training the judo athlete often can turn their general abilities to most sports with a fair amount of success.

Often, a judo based warm-up consists of roll, crawls, flips, callisthenics, and partner based gymnastic exercises.

I am obviously biased but if you are looking to develop general sporting ability and motor control, you will be hard pushed to find an opportunity greater than judo (also its a soft mat area which will come in handy) to develop these skills. If I wanted to create a superhuman athlete from an early age, gymnastics and judo would be my go to tools for achieving this.

My call to action: find a local judo club and give it a go, your general athletic ability will thank you for it. Judo is far removed from the linear plane and limited transferable skills that are developed in most gyms, and no training session is ever the same (you can also practice all the Ido Portal style movements you want without being looked at like the local weirdo in your gym).