It’s been a whirlwind for Rousey, who steps into the ring with a record of 10-0. Rousey’s UFC career began just two years ago and, though she had a Strikeforce Bantamweight belt to her name, most of her competition experience had been through the sport of judo. 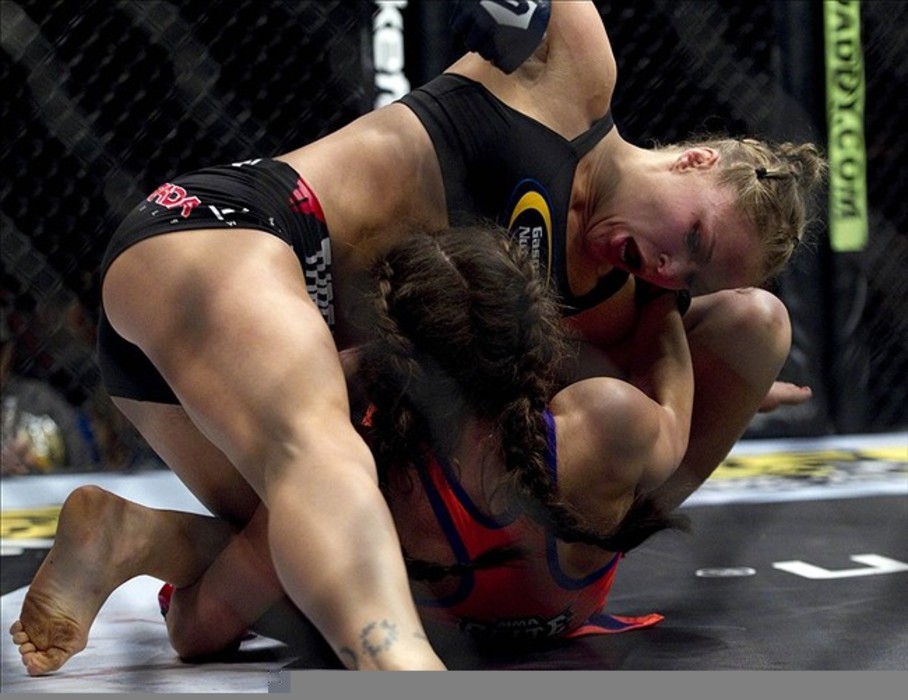 In a recent interview with the Washington Post , Rousey talked about the positive impact judo had on her difficult young life.

“I really do believe judo saved me from following a much darker path,” Rousey stated.

Ronda suffered from delayed speech, not speaking in sentences until the age of six, and then had the insurmountable task of dealing with the devastating loss of her father to suicide when she was only eight-years-old.

In JUDO we roll when we have to, but we SLAM because we  need to!!!

Her mother, a former judoka champion, convinced a young Ronda to try the sport and the rest was history. Rousey went on to win multiple international competitions including a Bronze medal in the 2008 Beijing Olympics before entering the world of mixed martial arts five years ago.

Rousey has been the face of UFC’s women’s division, a league that had previously been hesitant to feature female fighters. UFC President Dana White, who had been very adamant for a number of years about not allowing women fighters into the fold, recently reflected on Rousey’s fierce level of talent.

“She’s gonna have to start fighting men if she walks through Cat Zingano. The thing that’s scary is, Ronda’s still learning. Every time Ronda comes out, she looks better. She came in here as a judo fighter. Well, now she’s becoming a well-rounded fighter.”

The outspoken and sometimes-controversial fighter may have a bigger burden than simply maintaining her status as Bantamweight Champion, however. The UFC may be looking to Rousey to restore the faith of fans as recent bad press due to positive drug tests from Light Heavyweight champion Jon Jones for cocaine, and former Middleweight Champion Anderson Silva for steroids has soured some on the sport.

Ronda Rousey, in her true determined fashion, welcomes the crackdown on the athletes saying she is fine with the urine and blood testing and is willing to go even further to prove she is 100 percent athlete rather than chemically enhanced. “They could even do hair. But my hair’s so long that they could even find something that I was doing in 2009 in my bartending days.”

Tomorrow night’s fight will be a definitive test of Rousey’s athleticism and will determine just how dominant the fighter is. She faces an opponent  who has been described as “unorthodox” and whose records nearly mimics Rousey’s with an undefeated 9-0. The fight airs at 7 p.m. EST on pay per view.

What do you think? Which fighter will walk away still undefeated?