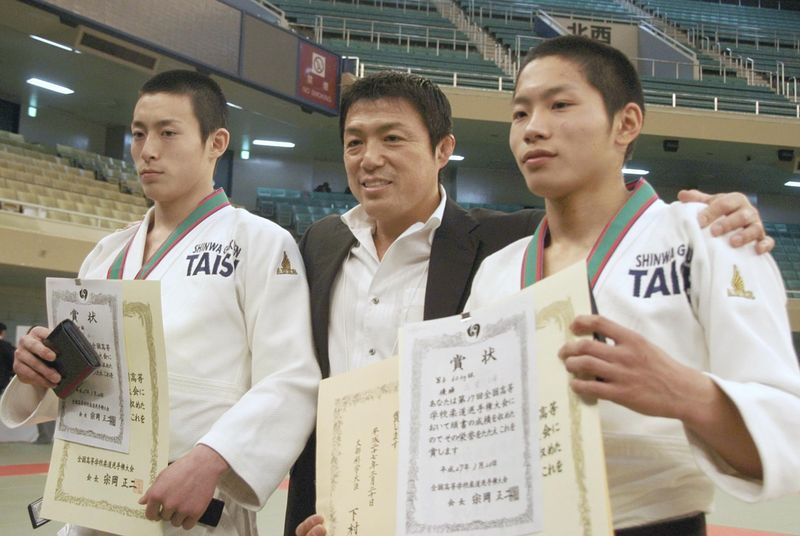 One son of Barcelona Olympics judo gold medalist Toshihiko Koga won a gold medal at the national high school championships on Friday, while another finished second in his weight class.

Genki Koga, in his first year at Aichi Prefecture’s Taisei High School, captured the 60-kilogram title, with his attacking style leading to a caution assessed to his opponent that provided the margin of victory. “I was nervous, but I’m happy I won,” he said.

Meanwhile, older brother Hayato had to settle for the silver medal for the second straight year after losing in the 73-kg final in overtime by disqualification after drawing a fourth caution.

“I couldn’t keep my concentration up to the end,” he said with regret.

The brothers share a dream of appearing in an Olympics together, an objective firmly supported by their father. “I want them to aim high,” said Koga, who was on hand to watch his sons’ matches.