Judo makes a special return to its homeland this week as the IJF Tokyo Grand Slam ends the season on the 50th anniversary of the martial art joining the Olympic movement in 1964.

Judo, which consists of two Japanese characters, ju, which means "gentle", and do, which means "the way", was the first Asian martial art to join the Olympic movement and debuted as a men-only discipline featuring four weight classes.

Three of the four gold medals were won by the hosts as the late 10th Dan Anton Geesink (NED) famously ended Japan’s dominance by winning the openweight title.

Japan’s involvement with the Olympic Movement began in 1909 with the appointment of judo founder Kano Jigoro as the first Japanese member of the International Olympic Committee.

CLICK HERE: The Art Of Judo (Highlights) | Olympics
-
After being absent from the 1968 Olympics, judo has been ever-present since then with women’s judo being introduced as a demonstration sport at the 1988 Seoul Olympic Games. Women’s judo officially joined the Olympic programme four years later at the 1992 Barcelona Olympic Games.

French superstar Teddy Riner won his first Olympic title in London
-
Following the London 2012 Olympic Games, judo was promoted by the IOC Executive Committee to the third classification tier to recognise the development of the sport under the leadership of IJF President Mr. Marius Vizer who was elected in 2007. 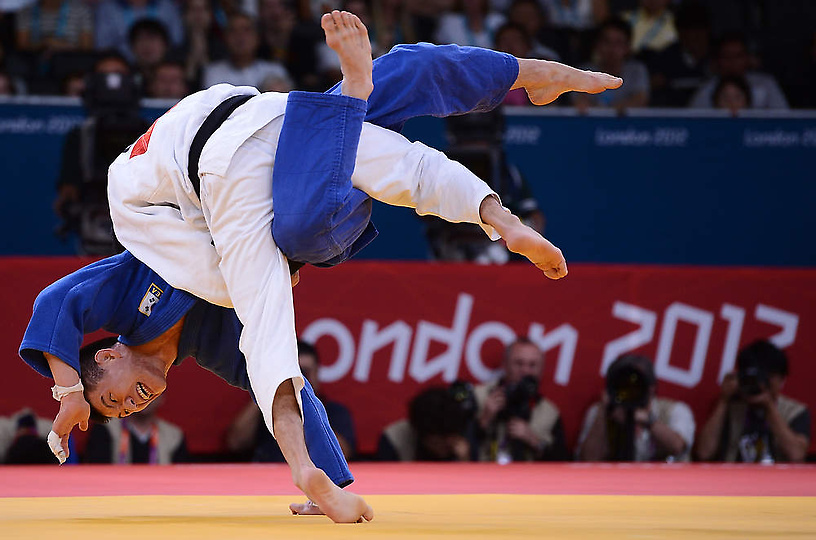 "The EJU is the engine of Judo in the world.  EJU is the most structured continental union with 50 federations, top athletes and with the most events,“ said Mr. Vizer.

515 judoka will compete from 72 nations in front of a capacity crowd including 200 accredited media. The hosts' 56-strong team features an abundance of prodigies including 19-year-old senior and junior world champion Kondo Ami who could still be at the height of her career when Tokyo 2020 comes around.
WATCH KONDO AMI WIN WORLD GOLD
Watch the Tokyo Grand Slam live at www.ippon.tv with live results atwww.ippon.org