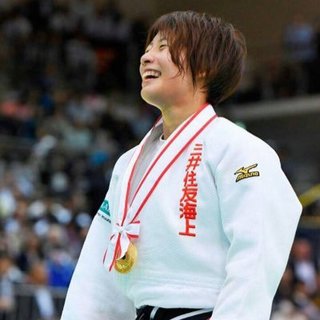 Ami Kondo won Japanese judo’s most heated rivalry in the competition for a spot at the Rio Games, being chosen over Haruna Asami as the women’s 48-kilogram representative for the national team on Sunday.

The All Japan Judo Federation announced the national squad for this summer’s Rio de Janeiro Games in 12 classes after the All-Japan invitational weight class championships at the Fukuoka Convention Center. Twenty-year-old Kondo, the 2014 world champion, won the 48-kilogram division at the weight class championships to grab her first Olympic berth, while 27-year-old Asami, who won the World Championships twice in 2010 and 2011, suffered a first-round exit.

Kaori Matsumoto will be the sole Japanese judoka to seek back-to-back gold medals at Rio. The 2012 London champion lost in the semifinals of the women’s 57-kilogram division on Sunday, but was chosen as the Japan representative apparently because of her results at international tournaments.