Belgian judoka Charline Van Snick attends a press conference to explain the first steps in her legal defense after she tested positive for doping, on October 29, 2013, in Liege (BELGA/AFP, Eric Lalmand)

Brussels — Olympic bronze medalist Charline van Snick denied at a press conference on Tuesday that she took cocaine, a substance for which she tested positive at August's Judo World Championships in Rio.

The Belgian brought along a toxicologist to argue her point, claiming she had never taken the illegal Class-A drug voluntarily.

"Charline is not a cocaine user. All the analysis suggested that she was exposed in an isolated and involuntary way to this product," said Jan Tytgat, a professor of toxicology and pharmacology at the University of Leuven.

Van Snick, who could be banned for up to two years if found guilty of doping, added: "I don't understand what's happened to me, I've never taken cocaine.

"I've always tested negative in my previous tournaments. I went to Brazil to win a medal so I knew I would be tested.

"Everyone who knows me knows that I could never have done something like this."

The 23-year-old, who also won bronze in Rio just as she had done in London last year, is waiting for the results from her B-sample.

Tytgat explained that two hair samples showed she had not taken cocaine between June 2011 and August 2013 but that a trace of the drug showed up for the period August 10 to October 10, although that was 200 times smaller than for a regular cocaine user. 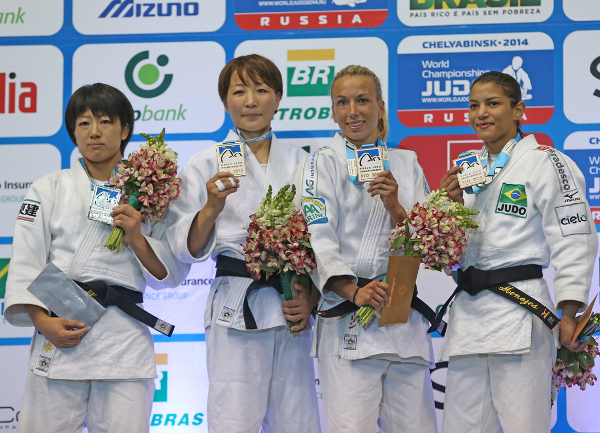