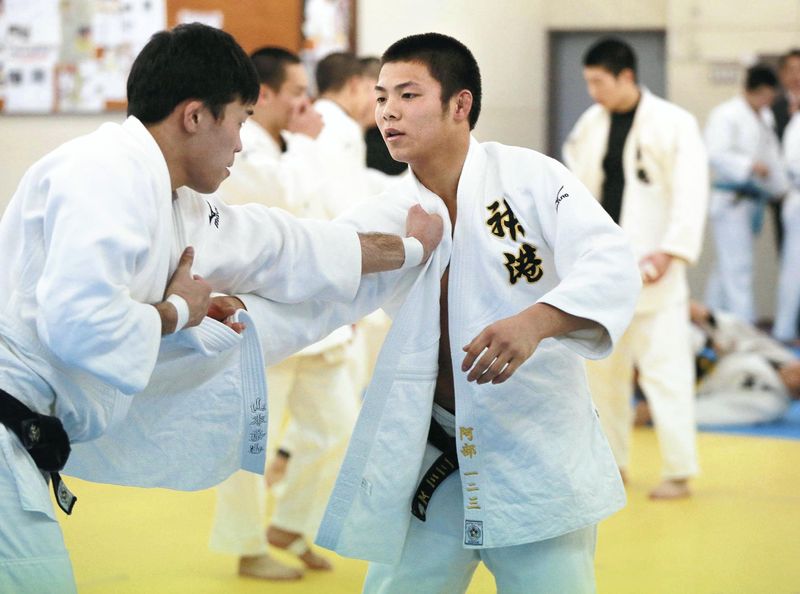 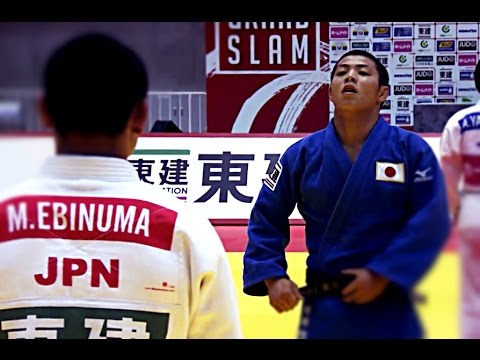 Abe may get his chance over the weekend. The 17-year-old could face off against Ebinuma in the 66-kilogram class final at the All-Japan Judo Championships by Weight Category at the Fukuoka Convention Center, which also serves as a qualifier for August’s world championships in Kazakhstan. Ebinuma has secured world titles for three consecutive years up to 2014, and also snagged a bronze medal at the 2012 London Games.

Abe, a second-year student at Shinko Gakuen Shinko High School in Kobe, made headlines in November by winning the prestigious Kodokan Cup All-Japan Judo Weight Class Championships in his debut at a top-level competition.

The following month, Abe was pitted against the 25-year-old Ebinuma during the semifinals of Grand Slam Tokyo and gained a waza-ari victory before bagging his first international title.

But the up-and-coming judoka suffered a setback at the Grand Prix Dusseldorf in February. Succumbing to the might of his foreign rivals, the teen lost in the third round.

“I have just one victory [over Ebinuma],” said Abe, known for his aggressive judo style. “I have to keep defeating him or I can’t compete at Rio.”

Ebinuma faces his first competition in four months at the championships this weekend. He was exempted from February’s tour to Europe.

“This is the competition I have to win,” the veteran said.

Ebinuma isn’t the only rival Abe should watch out for in his 66-kilogram class. In the semifinals, the teen might face Kengo Takaichi — a Grand Prix winner and Tokai University junior who’s been in good standing.