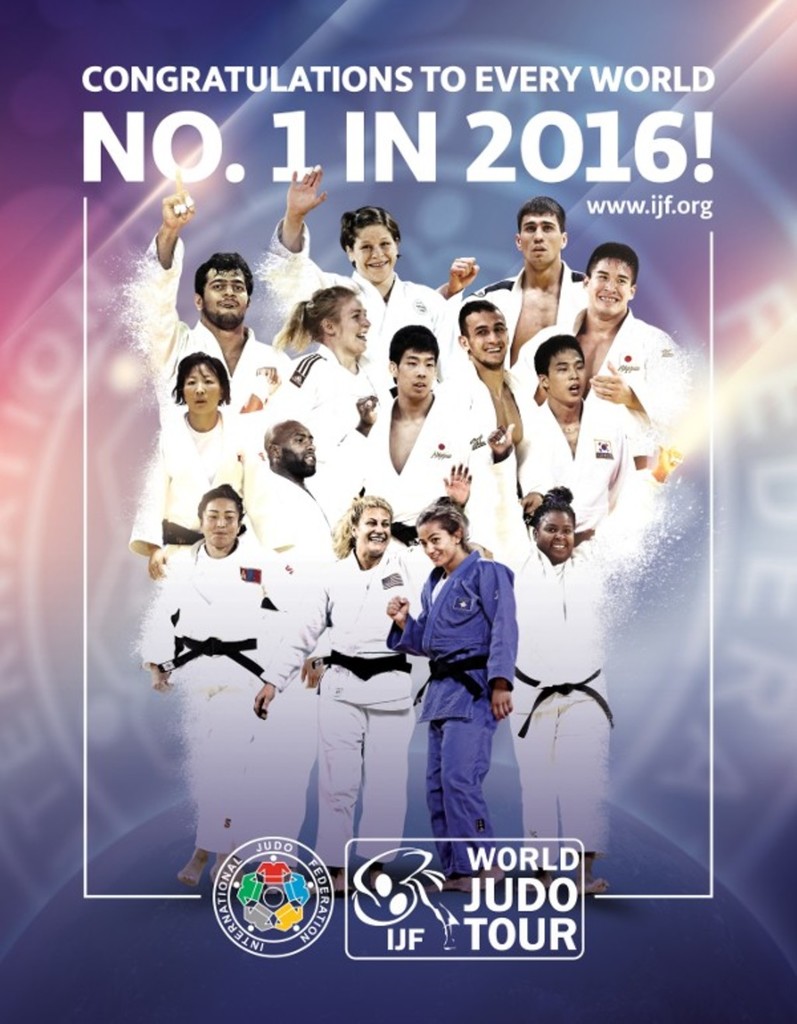 The International Judo Federation has awarded all 14 judoka who ended 2016 as the world number ones with an extra $50,000 each in prize money.

Seven male judoka and seven female judoka received the cash windfall as 10 countries were represented at the top of the final world ranking list for 2016.

Rio 2016 Olympic champion Majlinda Kelmendi (KOS) said: “This is a great moment for all high level athletes including myself. The IJF President, Mr. Vizer, is thinking a lot for athletes.

“I feel great looking back on my 2016. Winning the Olympic title was the greatest achievement of my life.”

Rio 2016 Olympic siver medallist Rustam Orujov (AZE) said: “I am very happy that in 2016 I was the first in the world ranking! 2016 was very successful for me, I won gold at the European Championships and silver at the Olympic Games! I want to thank the President of the International Judo Federation for a gift!”

Watch the world leaders in action at #JudoParis2017 from 11-12 February live and free at www.ippon.tv