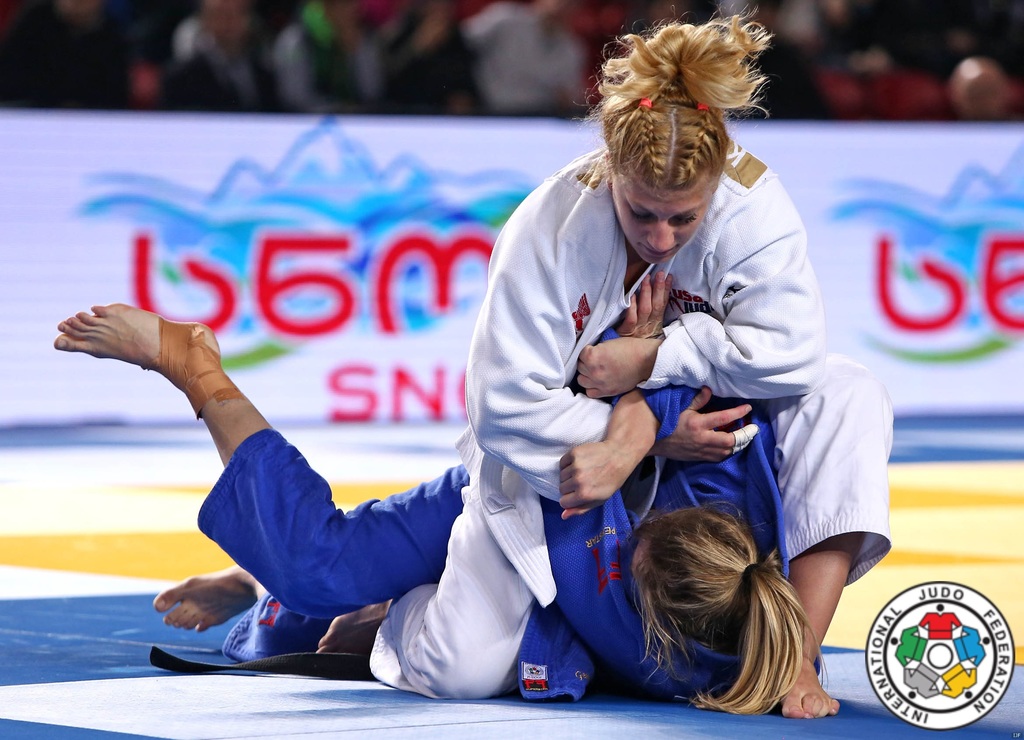 Many eyes turned at Pedro’s Judo Center during practices in 2009. When Ronda Rousey and Kayla Harrison faced off, it was the round to watch.

“I actually miss it,” Harrison said last week. “I miss having a girl to train with who hates to lose as much as me.”

Harrison, then 18 years old, was also at the Beijing Olympics, only as a training partner for the 21-year-old Rousey because the U.S. did not earn a spot in Harrison’s weight division for those Games.

To prep, Rousey and Harrison went to a camp in relative seclusion at the home of their coach’s father off Arlington Pond in Salem, N.H.

“No Internet,” Harrison said. “His TV sucked. It was very much Rocky style.”

They fought in the mornings outside, shaded from the July sun by a tarp normally used to cover a car.

“I had that age advantage, even though she was heavier,” said Rousey, who fought in Olympic judo one weight class lighter than Harrison (about 17 pounds). “I always beat her.”

Then they ran around the lake. When they got back, Rousey and Harrison descended into the cellar and lifted weights.

“It was a catfight every day in the dojo,” said their coach, Jimmy Pedro.

“It works,” Harrison said. “I did the same thing before London.” 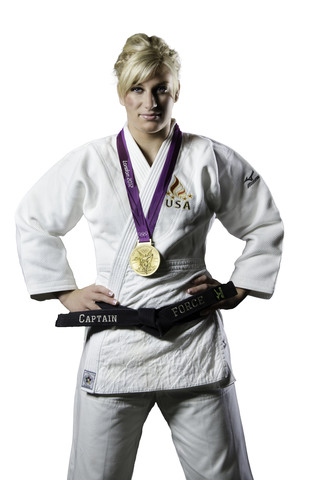 Harrison became the first American to win an Olympic judo gold medal at the London 2012 Games. That came three years after her last training bout with Rousey.

In 2009, Rousey made a brief comeback to judo one year after capturing Olympic bronze, Harrison and Pedro said. After two months training at Pedro’s Judo Center in Massachusetts, and a few days training in Japan, Rousey unexpectedly quit and flew home to California, leading to her switch to mixed martial arts.

“I’m not extremely happy with some of the comments that have been made in USA Today,” Pedro said in New York last week. “It didn’t go down like they quoted. I wish Ronda well in her MMA career. I didn’t tell her to bleep off. We didn’t leave on bad terms.”

They left on unfortunate terms, the way Pedro and Harrison tell it. Rousey had returned to training with Pedro’s judo group for two months in 2009 when she accepted an offer, with Pedro’s blessing, to spend a year training in Japan, the birthplace of the sport.

Some of America’s best judokas spent blocks in Japan, including the two-time Olympic bronze medalist Pedro. Rousey would receive $40,000 for one year with housing and food paid for, plus two trips back to the U.S. to visit family, Pedro said.

Harrison and others from the Massachusetts group went with Rousey for her move-in to Japan in 2009. Here’s what Pedro said happened:

“They did a big to-do for her. They rolled out the red carpet, had a big press thing for her. It was very important to the Japanese that they had an American coming to live and train with them for a year. After four days, [Rousey] decided this isn’t for me. Rather than talk to the Japanese, politely ask for her way out of it, she just packed her bags and left. The Japanese were very upset. That’s not their culture. They don’t understand an American just taking off. That’s just not protocol. They shunned the rest of our team and ignored our team. They [the other U.S. judokas] were there for another six weeks. They didn’t give them any rides, didn’t pay attention to them. [The Japanese] were really pissed off.”

“This is all probably in [Rousey’s] book that’s coming out soon,” Harrison joked in a separate interview. “She moved home, and I didn’t hear from her for a long time after that.”

Pedro said he’s occasionally seen Rousey since 2009 and wished her luck in person. He called her an icon and the most recognizable female athlete in the world in an interview last week.

“I knew she’d be successful [in MMA],” Pedro said. “She got a level of judo living at our place for six years that no other female on the planet, other than Kayla, has gotten.”

Harrison is often asked if she might pursue MMA. She’s received offers. Even Rousey has brought it up as the former roommates talk on the phone or text. 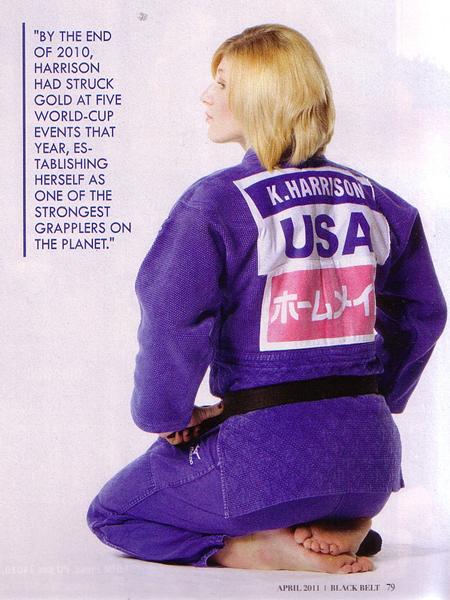 “We go back and forth,” Harrison said, adding that Rousey gave her MMA contacts if she wanted to get started. “It’s pretty tempting at times. Who doesn’t want to be famous? Who doesn’t want to be rich? Who doesn’t yearn for all of those things at some point in their life? But I just don’t know if it’s for me, quite honestly. I’m not as confident as Ronda in front of the media. I don’t mean this in a negative way, but I’m not a showboater. I don’t think I would be very good at putting on a show or talking trash.”

Rousey, who is quite good at putting on a show and talking trash, admires Harrison’s attitude.

“Kayla very much cared — practice, competition, she had that deep caring about how she did,” Rousey said last month. “What really made her stand out the most was how important it was to her, to see how passionate she was about it.”

Harrison can’t fight in MMA at her Olympic weight. Her judo weight class is a maximum 171 pounds. The highest women’s MMA division caps at 145.

But Rousey competed in Olympic judo in one division lower than Harrison and has dominated in MMA since dropping 15-20 pounds in competition weight. So it’s possible.

And Harrison can be buoyed by the fact that she closed the gap on Rousey in their head-to-head sessions from that pre-2008 Olympic camp to those two months in 2009 when they were so competitive that everybody in the dojo had to watch.

“Who knows, maybe after Rio, [MMA] is what I’ll want to do,” Harrison said.