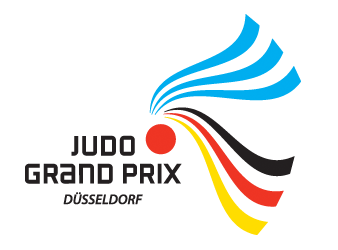 Dusseldorf, 15 February 2011. The fans may look forward to top international judoka at the Judo Grand Prix at Dusseldorf Philips Hall on February 19-20. Approximately 550 athletes from 64 nations have entered the second edition of the Grand Prix held under the auspices of Dusseldorf’s Lord Mayor Dirk Elbers.
Among the entries are eight Olympic champions – five of Beijing 2008 and three of Athens 2004 – and 18 World champions of the past years, plus ten European champions of the last continental event in Vienna 2010.

The Judo Grand Prix Dusseldorf 2011 is the first of altogether five events of the Grand Prix series of the International Judo Federation, IJF. Dusseldorf will be followed by Baku in Azerbaijan (May 6-8), Abu Dhabi (October 16-18), Rotterdam (November 25-27) and Qingdao in China (December 17-18). The five organisers have each put up prize money of at least 100,000 US Dollar.

The first event of the Grand Prix, organised by the German Judo Federation (DJB) in cooperation with sportAgentur Dusseldorf GmbH and supported by North-Rhine Westphalia and held in the capital of the Federal German State, boasted sell-out crowds on both competition days in February 2010.
Tickets can be obtained at www.judo-grandprix.de and at d:ticket. Students up to 16 years pay ten Euro for a day ticket, adults 18 Euro. All-event tickets cost between 17 and 32 Euro.