Olympic Review continues its countdown to the 2012 Games with exclusive interviews with stars of the 26 sports on the programme, who are targeting gold in London. Japan’s Yoshie Ueno is aiming to emulate her elder sister and win Olympic gold at the 2012 Games in London.

At what age did you start judo?

I started at the age of three. Both my father and mother were judoka and before I knew it, I was wearing a judogi.

How is your training progressing for the 2012 Games?
I won’t be able to win gold with the judo I’m using now. Last year, I won the World Championships [in Tokyo] but I’m not satisfied. There are obstacles that I need to overcome this year if I want to improve my fighting. I’m always training to be aggressive and confident.

What are you most looking forward to about London 2012?
It’s important that I push myself to the full. I’m not just concerned with winning by ippon (judo’s KO). I’d like to perform my best on the world’s biggest stage.

What do you think of London?
I visited on my way back from a training camp in Europe last year. There are a lot of tall buildings and it’s a big city. It was pretty. I got the feeling that compared with Paris, London is more of a business town rather than a tourist destination.

Who will be your main rivals for the gold medal in London?
France has a solid judo team. Teams such as China and South Korea must also not be underestimated. But what's most important is conquering myself. I am my biggest rival. Also, I have to defeat the up-and-coming judoka in my country who will be vying for a spot on the national team.

How have the achievements of your sister, Masae, inspired you?
My older sister always had a fighting spirit and aimed to never lose no matter what. She was always determined to win and with a drive to score ippon. She would never show weakness in a fight. I have a more gentle side, so my sister has something I don’t have. I train with her about once a week so I can learn from her.

Who were your Olympic heroes when you were growing up?
My older sister, Masae, is my biggest hero. Winning consecutive Olympic titles is really something great; that’s not something that just anyone can do. In Athens, I cheered her on from the stands and in Beijing I was always at her side, assisting with her needs. I decided to aim for the Olympic Games after seeing what my older sister had accomplished. Aside from judo, South Korean figure skater Kim Yu Na is also someone I admire. She was able to skate a perfect programme at the Winter Games in Vancouver. She rose to the occasion, despite the enormous pressure, the high expectations and the attention from everyone. She was smiling on the ice, but I felt her determination to win no matter what.

What music do you listen to on your MP3 player?
I listen to Japanese pop stars from groups, like Johnny’s and AKB48. I don’t listen to much Western music. 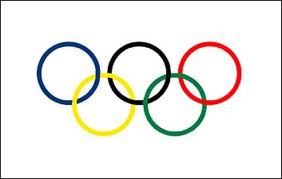