GB team: Telford judoka Kelly Edwards has been singled out as a rising young star 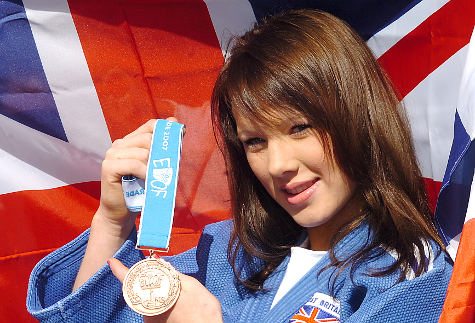 Telford judoka Kelly Edwards has been singled out as a rising young star after being named in the squad for the under-23 European Championships, writes CHRIS HUDSON.
Wednesday 10th November 2010, 8:45PM GMT.

Edwards has been named in an 11-strong GB team – along with fellow Telford player Gemma Howell – who will travel to Sarajevo in Bosnia for the championships from November 19 to 21.

Wrekin Star Judo Club fighter Edwards, is the youngest woman on the team. The 19-year-old usually competes at under-48kgs but will step up a weight category to go for glory in the under-52kgs division a week on Friday.

And her rapid progress has been noted by GB head coach Patrick Roux, who said: “She competed in the senior world and European championships this year and didn’t look out of place amongst the senior fighters.”

Howell, who won bronze at the 2008 under-23 Europeans, has again been selected to contest the under-57kgs weight category.

The 20-year-old has been on form since her return from injury in May – winning gold medals at the British Open, Slovenian European Cup and Orenburg European Cup.

The former Thomas Telford and Adams Grammar School student has benefited from full-time training, having re-located to the British Judo Performance Institute in Dartford.