So things have been going pretty well over here on the west coast.My shoulder rehab is progressing nicely and i have been back on the mat for almost 2 weeks now. Unfortunately i had to slow down a little after getting a little to excited to be fighting again- but slow and steady wins the race- so i am back-tracking a little on the intensity of my training. I am in the process of coming to terms with a slow progression back to “fighting shape,” as much as it kills me.

I did recently have the chance to do some ground fighting against the one and only BJ Penn! 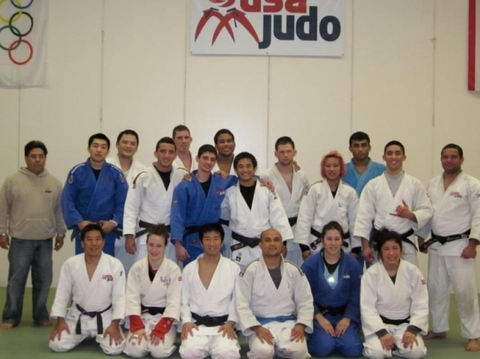 For those of you who don't know, he is a two-time UFC champion and a Jiu Jitsu World Champion! He recently visited SJSU Judo just to learn judo. I have always been a big fan of the Hawaiian natives skills but after meeting him i am now a fan of the MAN that is BJ Penn as well. What a nice, kind and just down to earth guy he was, not to mention talented! I wasn't about to let my chance to roll with him go and ended up getting a round in with him on the ground.

NOTE: Bj's father JD Penn, is a black belt in judo himself, wanted his boys involved in something positive, and the martial arts was something he believed in. "I knew if you found a good teacher," recalls JD, "you would learn more than just the techniques of the martial arts. I wanted BJ and Reagan to get the lessons in discipline and focus that I had learned from the martial arts."

He is very flexible and strong but also smooth and smart in his ground game. I am no ne-waza specialist or anything but i was hoping to stump him in some way with some kind of judo move he may have never seen. YA RIGHT! He pinned me easily and controlled my guard and got my back multiple times.

The thing that really made me respect him was that he was there to do and learn judo, and that's what he did. He did not convert to what he knows best, i.e. jiu jitsu, and is comfortable with in a moment of desperation or when he was in danger of being caught. I noticed this when he went with me and with others. To me, this is the true mark of not just an athlete, but a martial artist who really wants to learn. All in all a nice experience! And of course i managed to get a bunch of photos with him 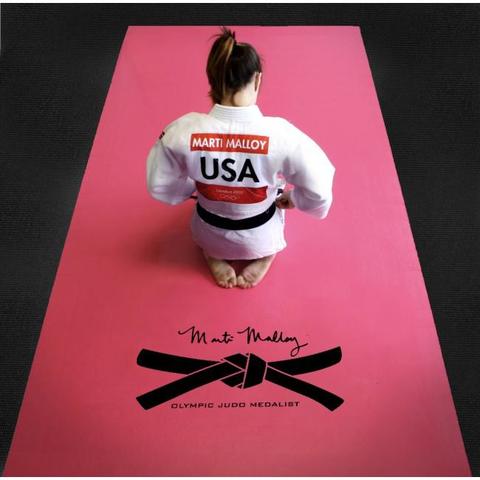