The Zagreb Grand Prix 2016 passed the halfway point on Saturday with a day of a compelling judo and a plethora of new and exciting contests as the hosts ended their wait for a home medal with gold from their inspirational Rio 2016 Olympian Barbara MATIC (CRO).

Four categories were contested on day two as the women’s -63kg and -70kg judoka occupied the tatami along with the men’s -73kg and -81kg categories as 79 (30 women, 49 men) judoka chased IJF honours.

Before the final block on day two, which featured every medal contest on one tatami, the crowd was treated to the opening ceremony as the Croatian Judo Federation officially welcomed the delegations and spectators while the IJF officially opened the fourth edition of Croatia’s annual leg of the IJF World Judo Tour. 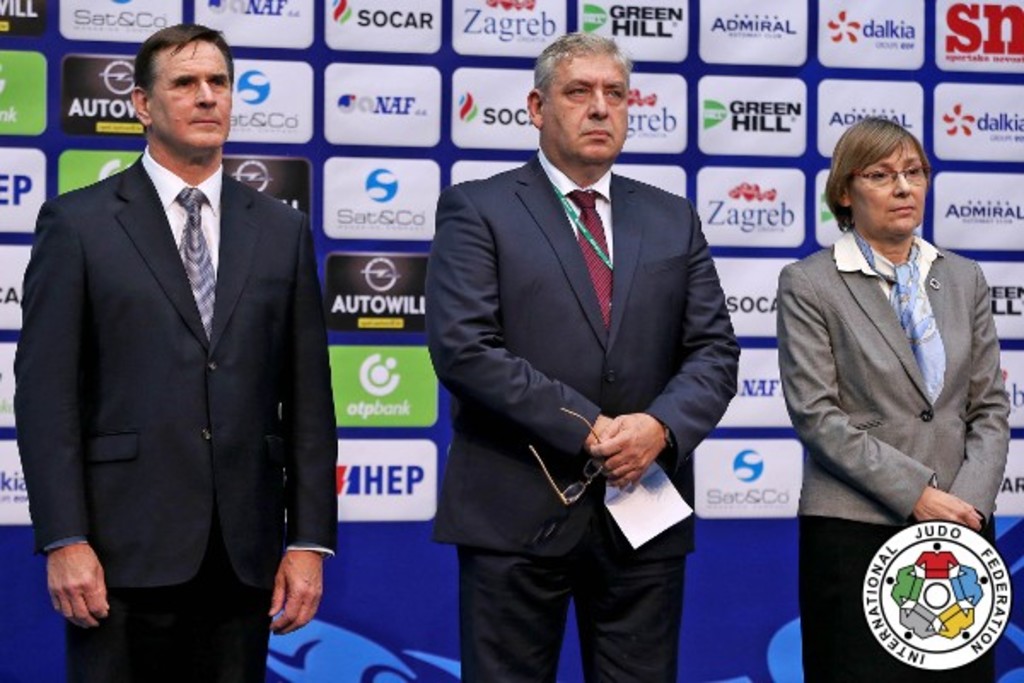 “As we are entering a new Olympic cycle, we are glad that we attracted about 229 competitors from 31 Countries – this is the most important senior judo competition in Croatia and I believe for some future Olympic champions this is maybe a first senior competition.

“Although as a federation we have a lot of experience in organising international judo events every competition is a new challenge, but also a new opportunity for us to be a good host to you. I would like to thank all partners, sponsors and to all those who have worked hard and with great enthusiasm to organise this Grand Prix event. I will also like to express my gratitude to the IJF, for their continuous support of our Federation.

“Thank you all for coming, I wish you a memorable stay in Zagreb and to all the athletes – the best of luck and a safe trip back home.”

Dr. Mario ZOVKO, Personal Representative of President of the Republic of Croatia Kolinda GRABAR-KITAROVIC, said: “Judo is a great sport. We are very pleased to be staging this important event again this year in Croatia. The venue looks fantastic and we welcome you all to Zagreb for what I am sure will be an event you will remember for a long time. Good luck to all the judoka.”

Mr. Vladimir BARTA, IJF Head Sports Director, said: “Good afternoon ladies and gentleman, it is a pleasure to be here in the beautiful city of Zagreb for Croatia’s fourth IJF Grand Prix. This Grand Prix is the first IJF event following the Rio 2016 Olympics as we start a new Olympic cycle towards Tokyo 2020 but also future World Championships in Budapest, Baku and then Tokyo.

“I would like to thank Croatian Judo Federation President Dr. Sanda CORAK and her team for the excellent organisation of this event. I wish good luck to all the competitors and on behalf of the IJF President Mr. Marius VIZER, I declare the Zagreb Grand Prix 2016 open.” 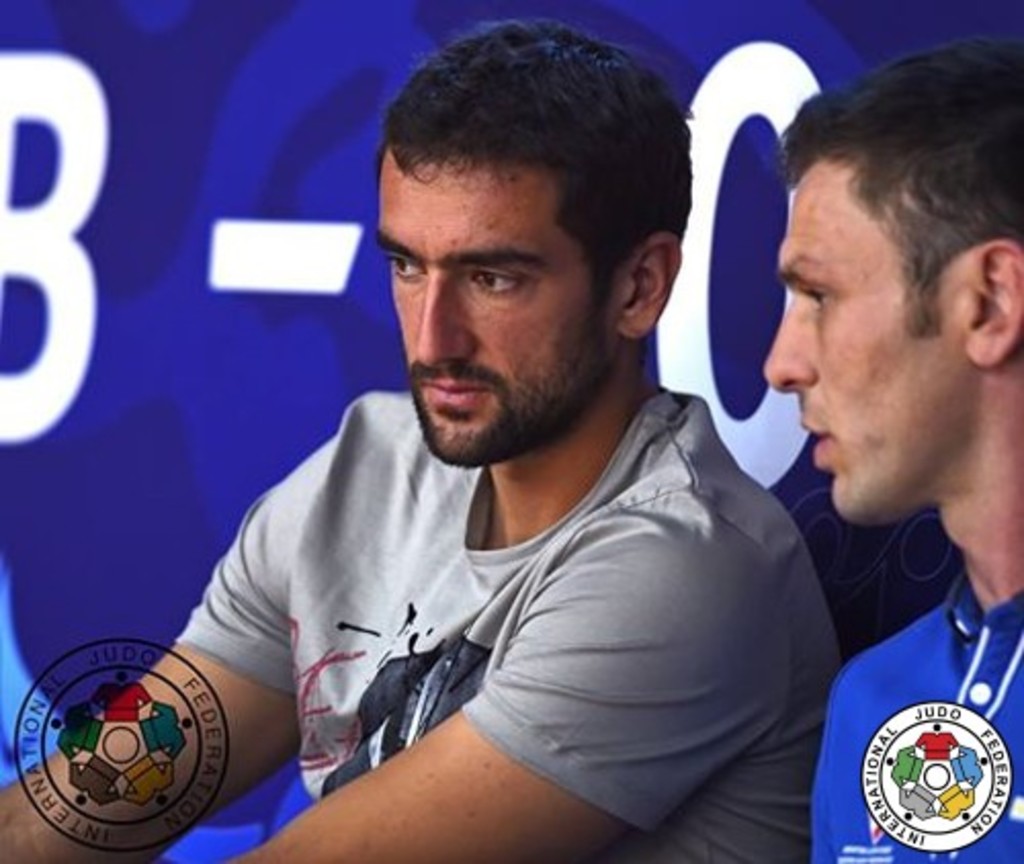 Women
-63kg: TALACH wears IJF gold for the first time for Poland
Tallinn European Open bronze medallist Karolina TALACH (POL) had the measure of Tyumen Grand Slam bronze medallist Diana DZHIGAROS (RUS) in the first final on day two in Zagreb. Russia’s 21-year-old Junior World Championships silver medallist was making her Grand Prix debut and was an impressive performer despite ending up second best in the final as TALACH took advantage of a half-hearted sode-tsurikomi-goshi attempt for a yuko score which settled the contest at the end of the four minutes. 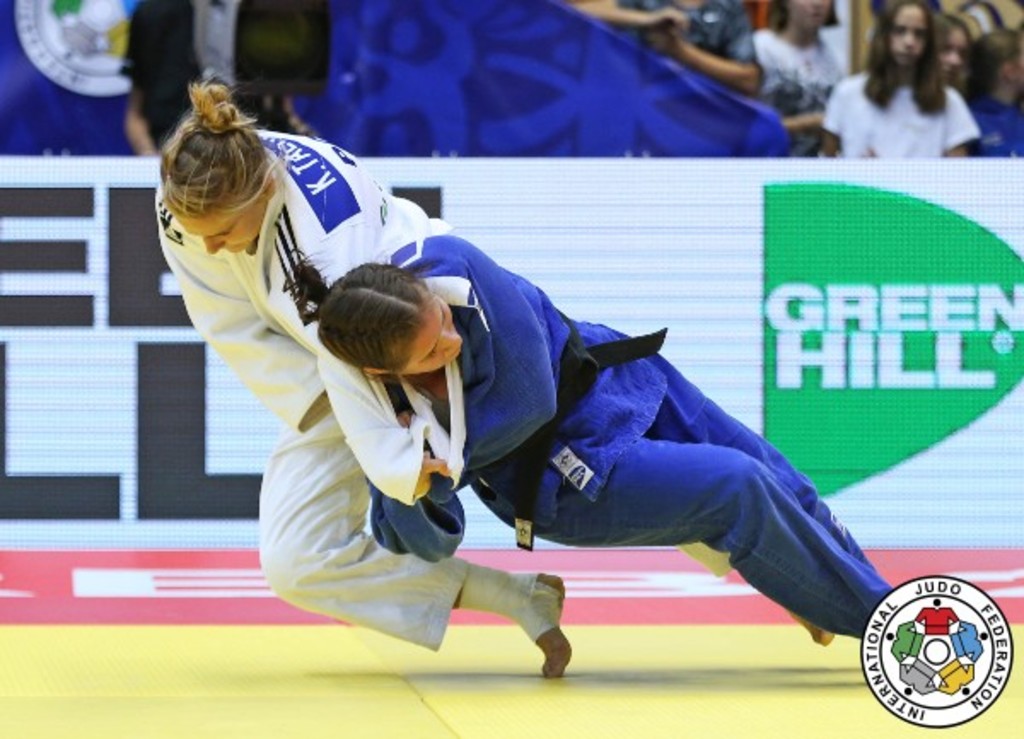 In the first semi-final TALACH defeated 19-year-old Junior European Championships silver medallist Andreja LESKI (SLO) in added time. There was nothing to separate the gold medal hopefuls in the regulation four minutes so golden score was required and in the second minute TALACH drove over her opponent for a yuko score with a tani-otoshi to secure her place in the final. 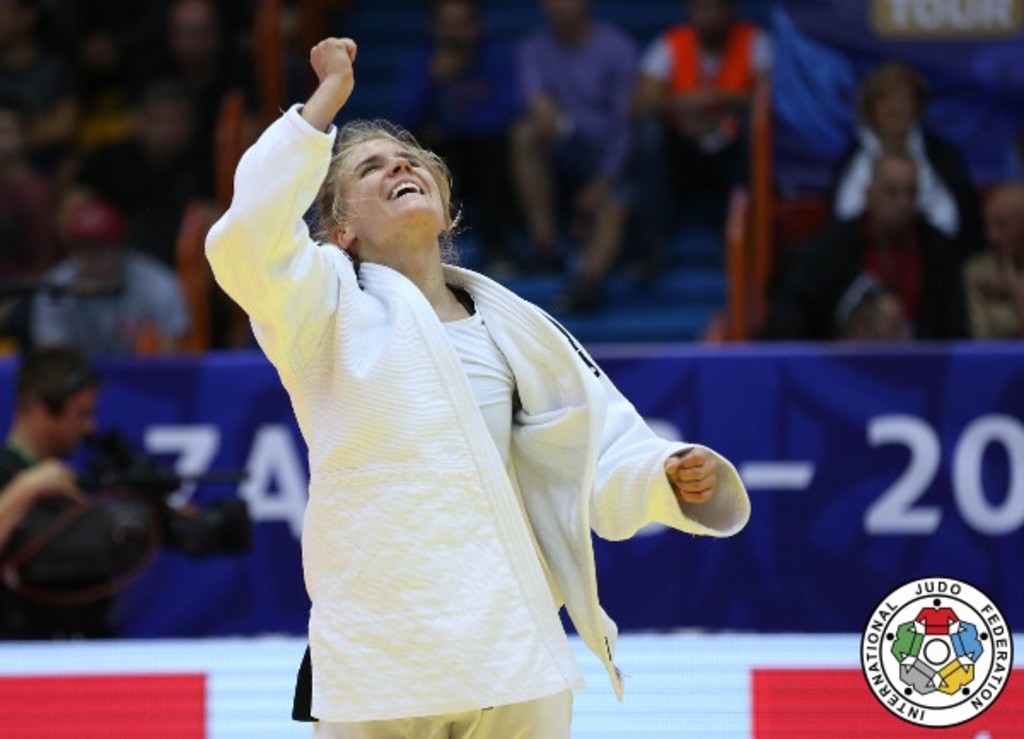 In the second semi-final DZHIGAROS came from behind to beat Tallinn European Open silver medallist Magdalena KRSSAKOVA (AUT). The Russian fighter was countered for a yuko but fought back to win by ippon as she held down KRSSAKOVA with a mune-gatame for 20 seconds and ippon.

The first bronze medal was won by world number 50 KRSSAKOVA againstformer Abu Dhabi Grand Slam bronze medallist Agata OZDOBA (POL) in the first contest between them. The world number 51 from Poland was looking to move above her opponent on the IJF World Ranking List but instead the Austrian increased the gap between them by countering the former for a yuko after 46 seconds of golden score.

The second bronze medal was won by 22-year-old Rotem SHOR (ISR) as she beat junior LESKI to seal a place on the IJF medal podium for the first time. LESKI finished fifth for the second successive year in Croatia as she was thrown by a ouchi-gari for ippon after 90 seconds to conclude a strong showing for SHOR. 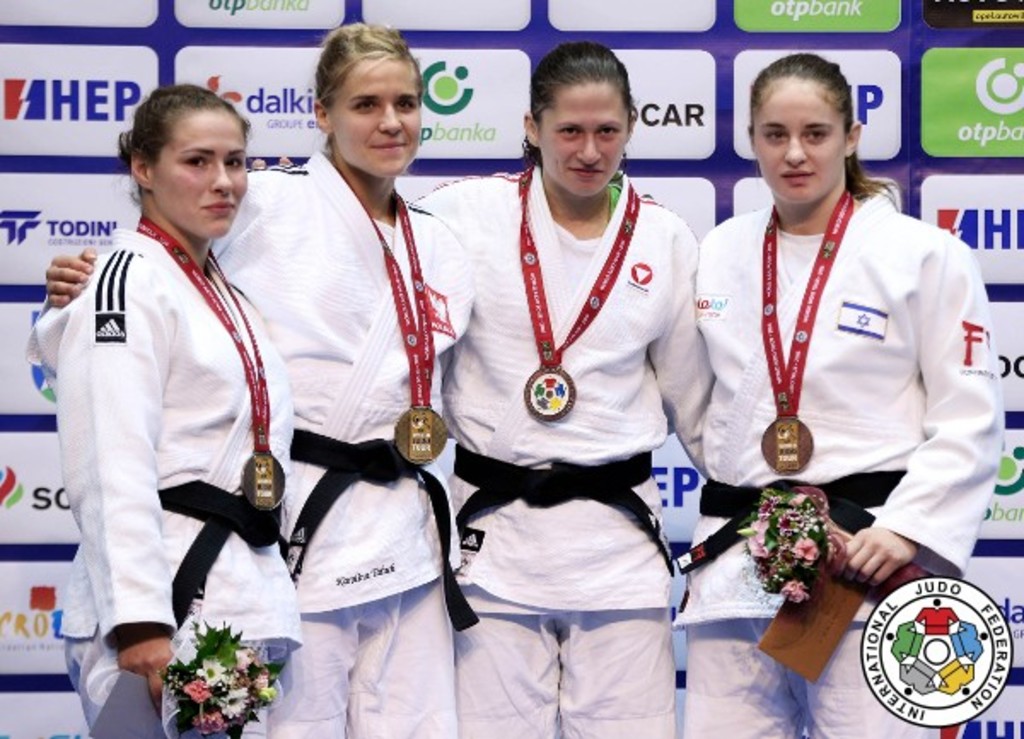 -70kg: Happy homecoming Grand Prix hat-trick for Croatia’s MATIC
Former Junior world champion Barbara MATIC (CRO) won her home event for the first time as she delighted her fans with her third career Grand Prix victory. MATIC, who has realistic ambitions to be her country’s first Olympic judo medallist, had previously won in Tbilisi 2014 and Qingdao 2015, and had an appealing assignment in the final against former world bronze medallist Katarzyna KLYS (POL) who was physically the more imposing and more experienced of the two judoka. Croatia’s MATIC won the battle of Rio 2016 Olympians and the hosts’ first medal at the Zagreb Grand Prix 2016 to a rapturous ovation as a shido against KLYS for passivity after two minutes was the pivotal moment of the scoreless final. MATIC was inundated for autograph requests and pictures by a large group of excited children and gratefully satisfied them before being relieved of her duties – to get ready for the awarding ceremony – by her younger sister Brigita MATIC who will be in -78kg action on Sunday. 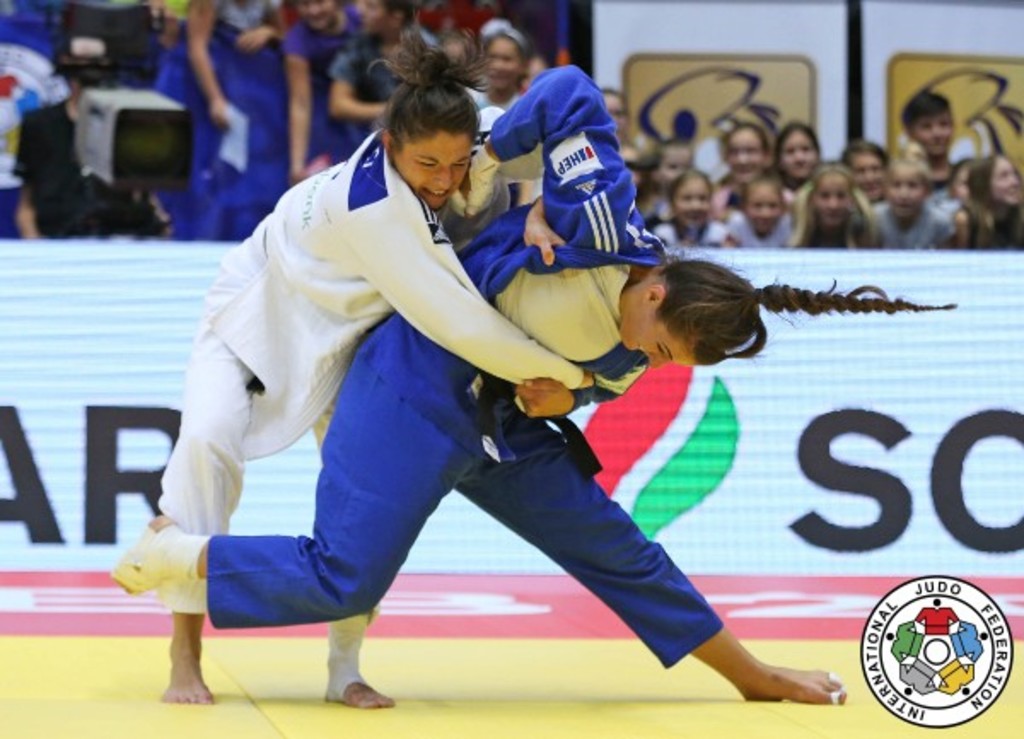 In the first semi-final KLYS bested Sofia European Open winner Anka POGACNIK (SLO) after 35 seconds of golden score as the Polish judoka threw with a harai-makikomi for ippon to confidently move into the gold medal contest. In the second semi-final MATIC defeated Tallinn European Open winner Anna BERNHOLM (SWE) by a waza-ari with a makikomi effort as the home judoka guaranteed Croatia their first medal of the competition while her Swedish victim moved into one of the two bronze medal contests.

The first bronze medal was claimed by teenage Tyumen Grand Slam bronze medallist Aleksandra SAMARDZIC (BIH) who beat BERNHOLM as the Swede is evidently still finding her feet at her heavier weight category of -70kg. The contest was scoreless going into the final 30 seconds until SAMARDZIC beautifully threw with an uchi-mata for a waza-ari and a popular result with the Croatian fans.

The second bronze medal was captured by POGACNIK who beat Nanjing 2014 Youth Olympic Games winner GERCSAK Szabina (HUN). European Championships bronze medallist GERCSAK is one of the most accomplished young judoka to come out of Hungary and has a bright future ahead of her at the senior stage but had to settle for fifth-place today as a weak osoto-gari was blocked and countered with an osoto-makikomi for ippon with 20 seconds remaining. 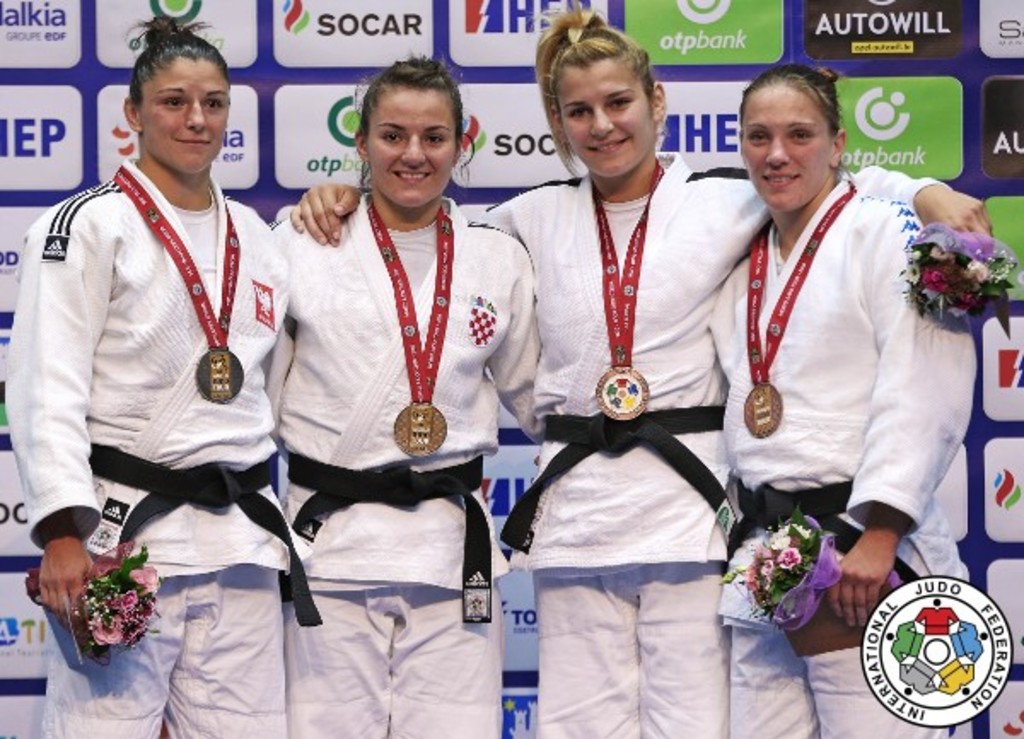 Budapest Grand Prix silver medallist Dmytro KANIVETS (UKR) showed why he was the top -73kg seed in Zagreb as he won all four of his contests to register his first IJF Grand Prix gold medal. KANIVETS faced Tommy MACIAS (SWE) in the second final on day two. The 23-year-old MACIAS, who failed to qualify for Rio 2016, lost out to KANIVETS – who also fell short in his qualification bid for South America’s first Olympics – as the Ukrainian hunted down his opponent to eventually score a yuko from a committed ashi-waza attack. 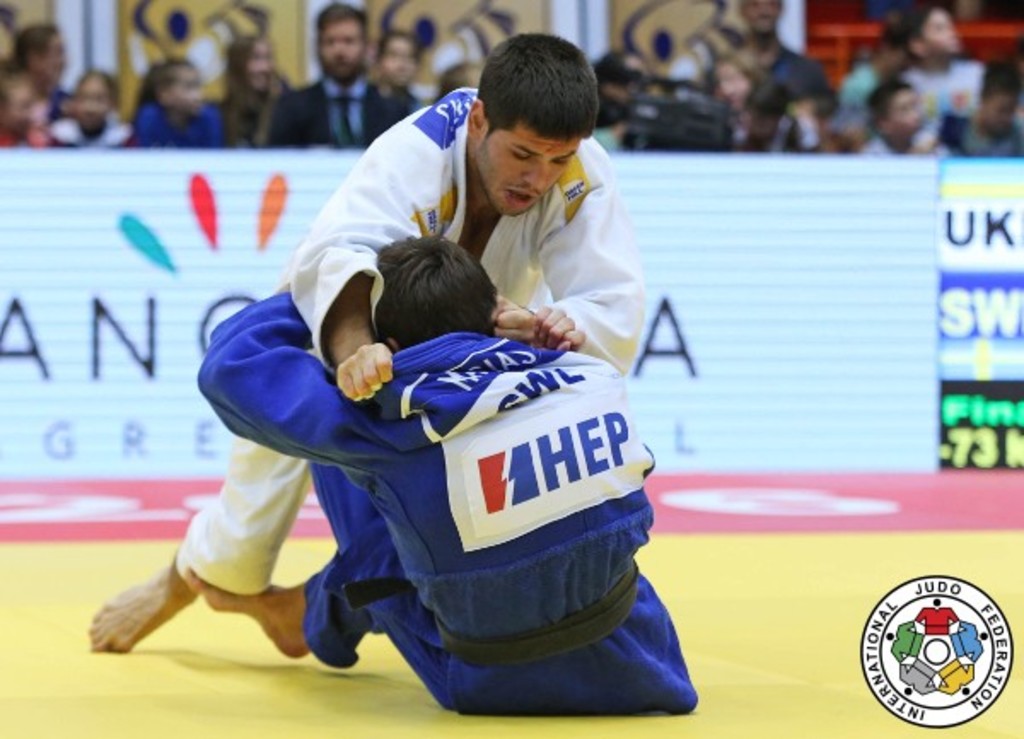 The first bronze medal was won by Tyumen Grand Slam silver medallist Arbi KHAMKHOEV (RUS) who scored his waza-ari and sat on that advantage for the remainder of the contest to safely secure a podium position. Former Junior European Championships bronze medallist BUTBUL was caught with a ko-uchi-gari for a yuko but the score was removed as upon review it was evident that the Israeli and turned out onto his front to avoid giving away the score. KHAMKHOEV countered a sode-tsurikomi-goshi for a waza-ari and avoided any further contact of note to win the first -73kg bronze medal.

The second bronze medal was won by 19-year-old Chirchik Junior Asian Cup silver medallist Sukhrob TURSUNOV (UZB) who stopped GJAKOVA from becoming Kosovo’s first male IJF World Judo Tour medallist. Kosovo’s women have been making history year on year in judo and no more so than this summer when double world champion Majlinda KELMENDI became her country’s first Olympic gold medallist. GJAKOVA sensed his chance to continue Kosovo’s run today but he fell short as TURSUNOV lifted him up with a ura-nage for ippon. 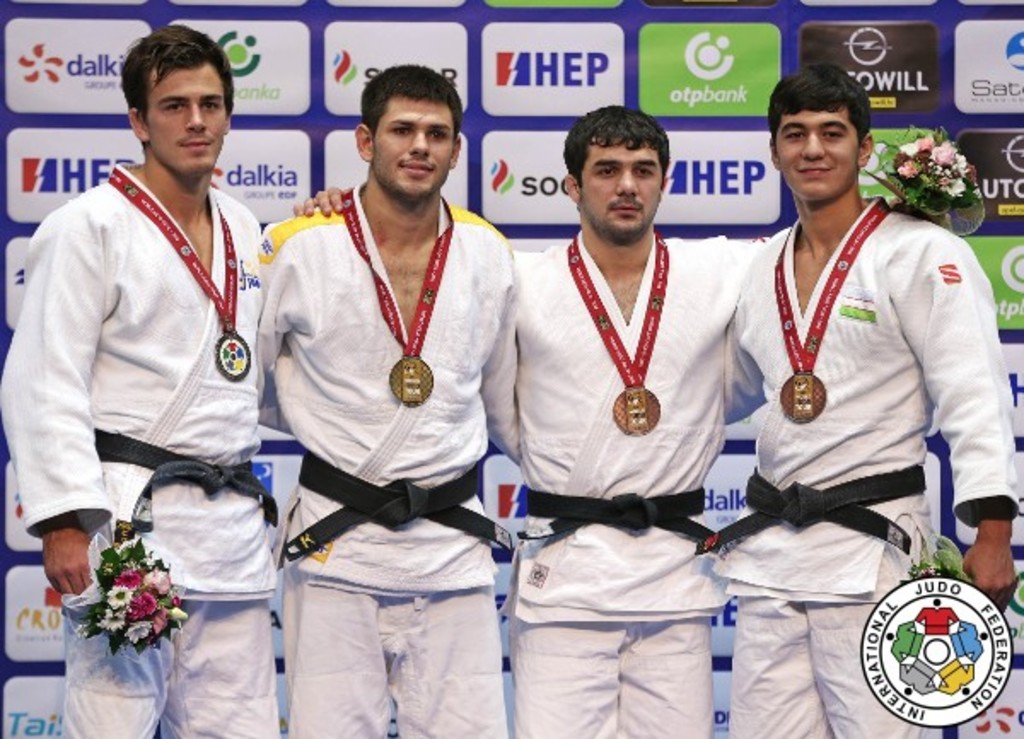 -81kg: KHUBETSOV proves his worth for Russia as he becomes a consistent force

Former Baku Grand Slam winner Alan KHUBETSOV (RUS) won Russia’s first gold medal at the Zagreb Grand Prix 2016 by beating Havana Grand Prix bronze medallist CSOKNYAI Laszlo (HUN) in the -81kg final. CSOKNYAI was overwhelmed in the final as he lost to the 23-year-old by a waza-ari from a yoko-otoshi having already been behind to a yuko. KHUBETSOV was not at his best today as he failed to win any of his contests by ippon but despite his inability to conjure up some of the explosive ippon judo we know he is capable of, the Russian was ahead of the -81kg field and is on course to become Russia’s number two at this weight behind Olympic champion Khasan KHALMURZAEV (RUS). 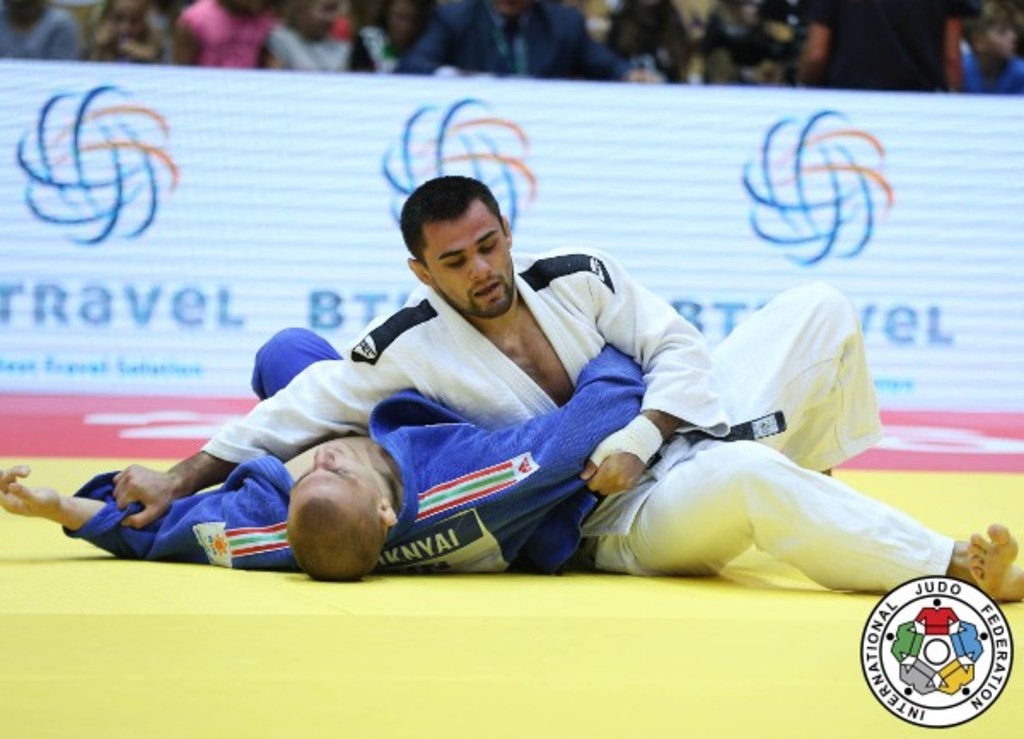 In the first semi-final KHUBETSOV defeated teammate Aslan LAPPINAGOV (RUS) by a yuko in a contest which will have ramifications for future international selections for both men. KHUBETSOV shut out his colleague to advance into the final as both men were left to their own devices with no Russian coaches matside as is customary when two judoka from the same country are squaring off. In the second semi-final CSOKNYAI, who lost out to world champion NAGASE Takanori (JPN) in his only contest at Rio 2016, bested Samsun Grand Prix winner Damian SZWARNOWIECKI (POL) by osaekomi as the broad Hungarian used all of his bulky 81kg frame to press down onto the Polish judoka for all 20 seconds.

The first bronze medal was won by Tallinn European Open bronze medallist SZWARNOWIECKI who conquered teammate and former Warsaw European Open bronze medallist Jakub KUBIENIEC (POL). A waza-ari in favour of SZWARNOWIECKI was the only score of the contest as Poland continued to star in Zagreb. The winner picked up a knock in the last exchanges and was carried off the mat by his defeated colleague KUBIENIEC in a moment that was richly-applauded by the sizable crowd.

The second bronze medal was also won by Tyumen Grand Slam winner LAPPINAGOV who submitted Sarajevo European Cup winner Bojan DOSEN (SRB) with a koshi-jime strangle. DOSEN, who was fifth at the Budapest Grand Prix this year, was surprised on the ground by Grand Prix debutant LAPPINAGOV who kept rotating until the strangle was fully on and the Serbian had to tap out. 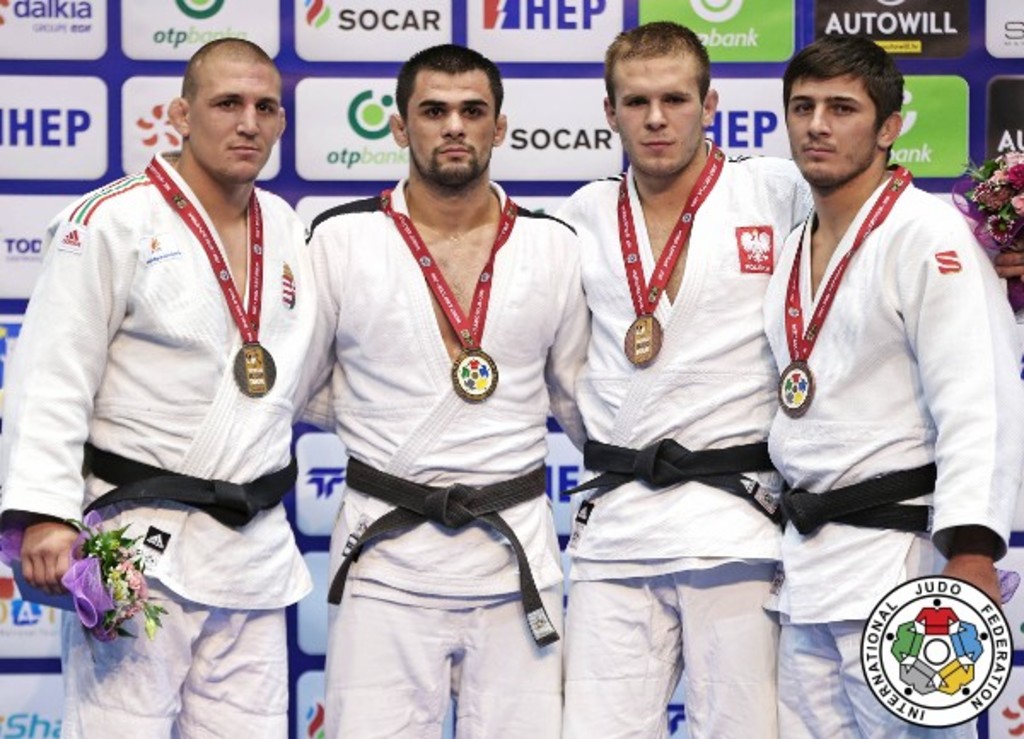