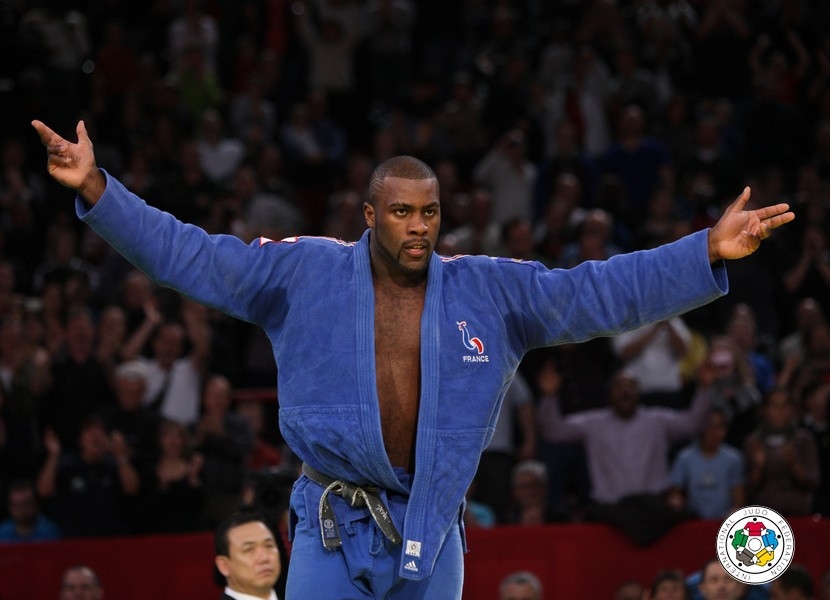 Europe is doing well this year. This weekend European judoka won 30 medals at the IJF Grand Prix in Paris, 5 more than last year. At the IJF Masters in Baku Europe was also stronger compared to the 2010 Masters.
Although Europe equaled the number of finalists, five more bronze medals were won. Six gold medals and 8 silver was exactly like last year. But the French team contributed heavily in the successful European weekend.
The French won six bronze medals, one silver and more importantly enjoyed five gold medals. The women guaranteed four gold medals, and Teddy Riner collected his fourth consecutive win in Paris. Riner set the tone in the Stade Bercy the whole day and generated a thrilling atmosphere in Paris. His last two fights were decided by an osei-komi, but his quarter final match against 2004 Olympic Champion Ihar Makarau is printed on the face of the home crowd. And last but not least printed in the shoulder of Makarau. With a big harai-goshi Riner destroyed the judo icon of Belarus. The other three men who won gold today in their categories celebrated their first win. WORD CHAMPION Kim Jae-Bum won his U81kg division. Kim lost the final in 2009 but today he could stand a good Guillaume Elmont (NED) but showed to be back in the top after a long period of injuries. 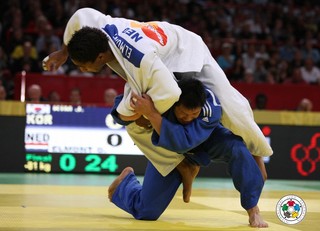 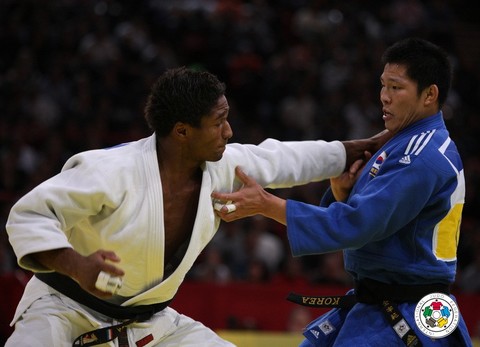 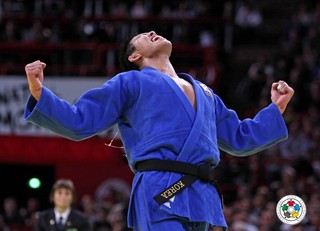 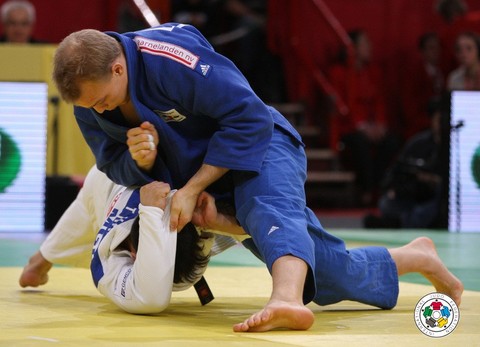 Another Dutchman did win GOLD today. Henk Grol announced to be ready to rumble and so he did. In the U100kg category he was the best in an incredible strong field. In the final he defeated Olympic Champion Naidan (MGL) by a yuko. Grol won his first ever medal in Paris. Naidan lost his second final ever after losing to Ilias Iliadis in 2007. 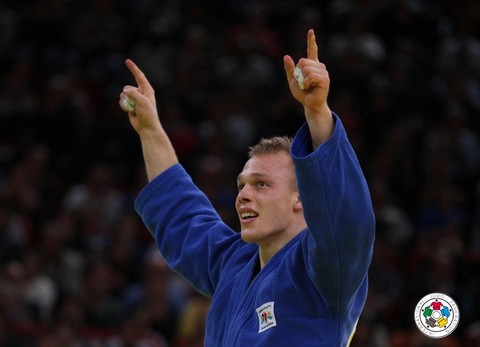 World Champion Takamasa Anai (JPN) lost in the 1/8 final to Daniel Brata (ROU) who finished fifth. Last year’s winner Elco van der Geest (BEL) lost to Naidan who also defeated Danny Meeuwsen, (another) Dutchman, but the third was too much to handle.

Ilias Iliadis wasn’t present but the world’s number two Daiki Nishiyama was and he won today’s event. In the final Nishiyama defeated Camilo Tiago by ippon. Tiago lost this second ever final. Eleven years ago he lost the final U73kg to French Ferrid Kheder. Last year the Brazilian World Champion of 2007 won bronze. Nishiyama celebrated his first ever medal in Paris. 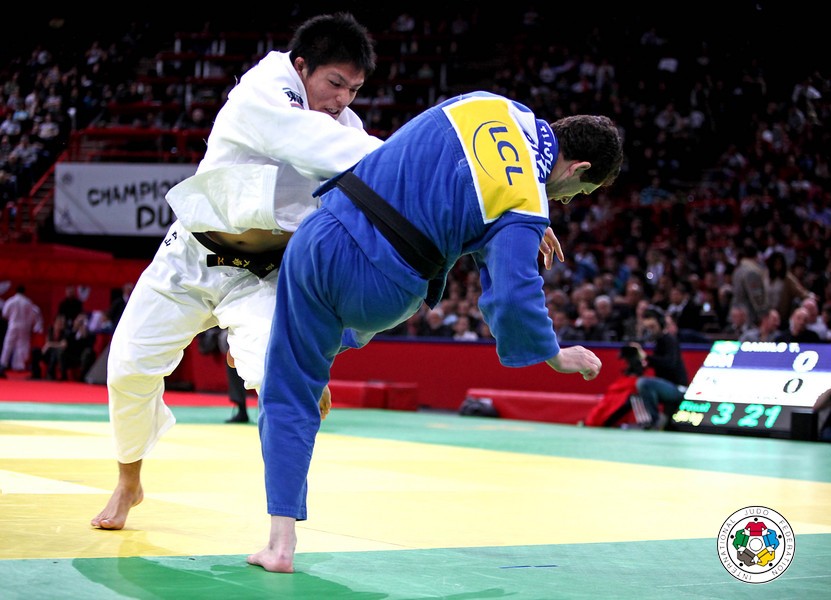 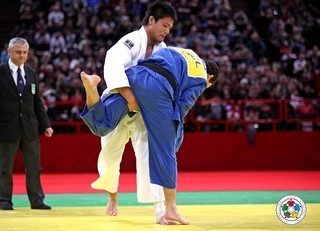 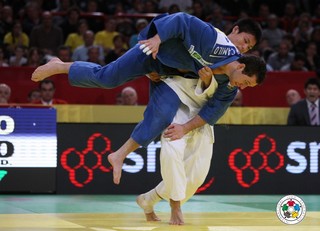 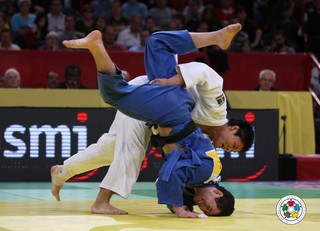 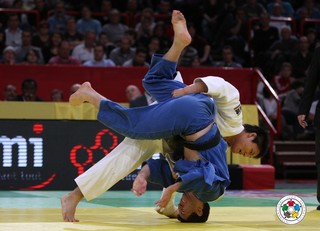 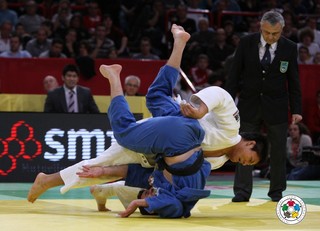 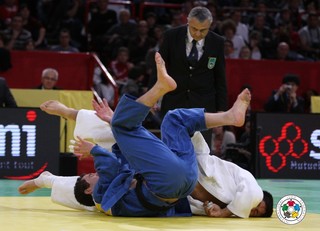 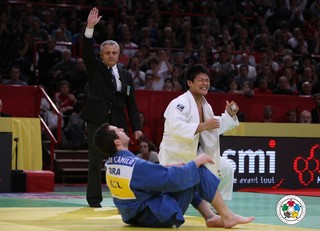 The French women succeeded again to take two gold medals. Lucie Decosse may have been an expected winner, but in a strong field she was able to outperform as no one. 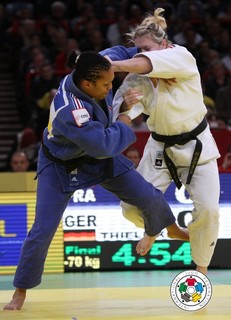 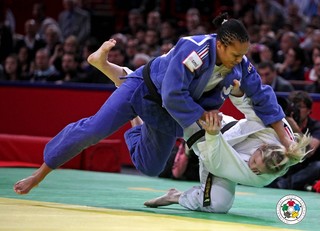 In the final she defeated Germany’s Kerstin Thiele within one minute by ippon. In the semi final Decosse didn’t have to fight Edith Bosch. For Bosch only the Olympics in 2012 are her focus and she agreed with her coach not to fight Decosse, and so she didn’t. Decosse however didn’t worry she had beaten Bosch three times over time. Last time, three weeks ago in Baku.
Decosse set a record wining seven times in Paris and left Céline Lebrun with six gold medals. Lebrun retired after Baku but the French don’t worry. 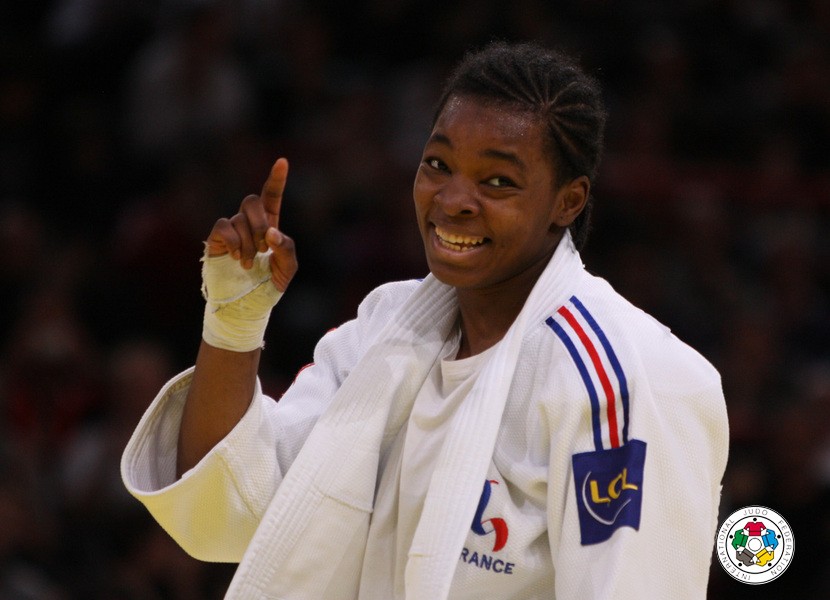 Audrey Tcheumeo was grateful to fill the gap with GOLD. In the final Lucie Louette was her opponent, and both fought a tactical match decided by penalties. But Tcheumeo proved to be among the top 5 of the world with a victory over World Championships runner-up Mayra Aguiar (BRA) in the semi final. Aguiar The women’s heavyweight title was for Japan’s Megumi Tachimoto, in this moment the best judoka on earth. She won her third consecutive IJF major event starting in Tokyo, followed by Baku and now Paris. 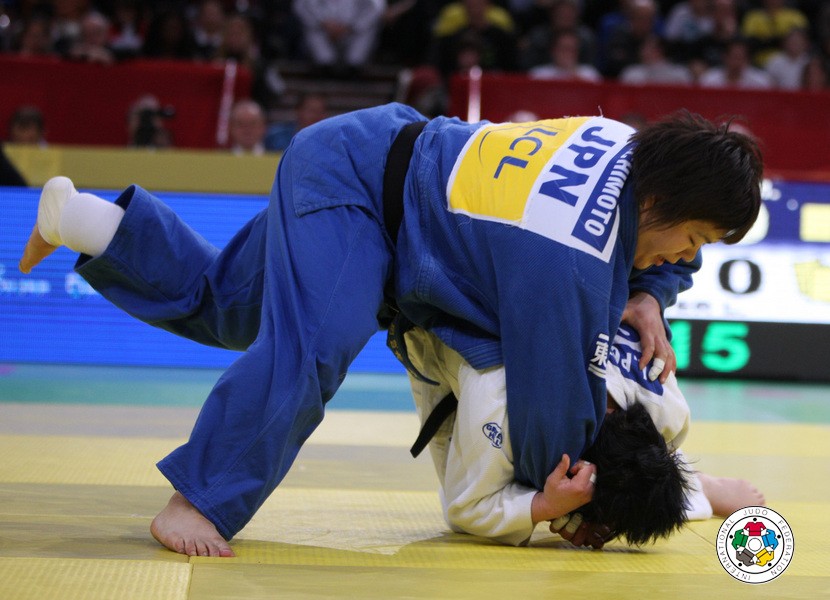 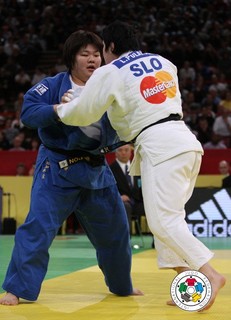 Tachimoto defeated the tall Huanyuan Liu (CHN) in the semi final and proved to be the current world’s number one. 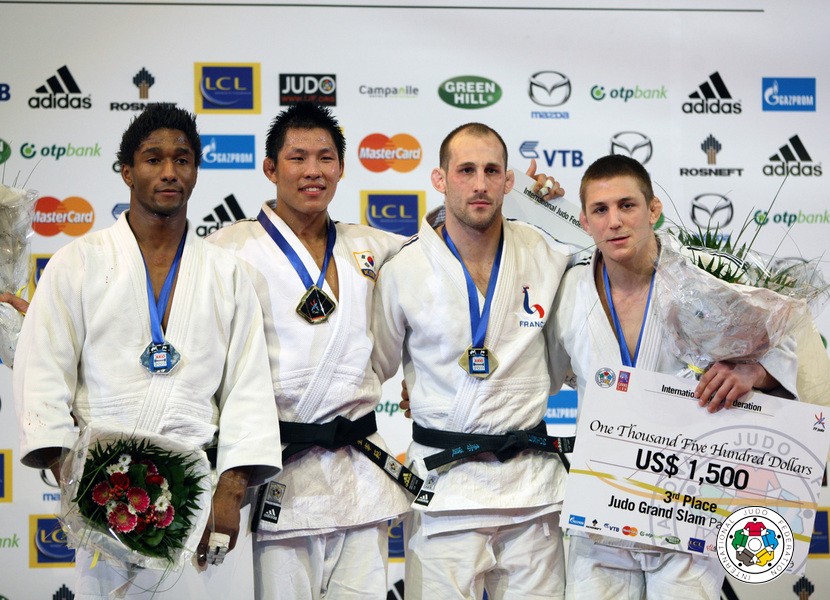 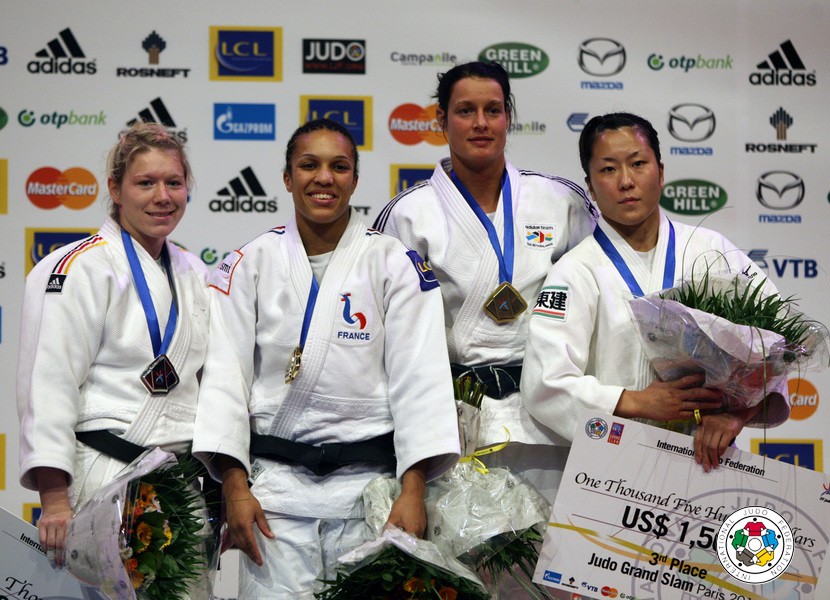 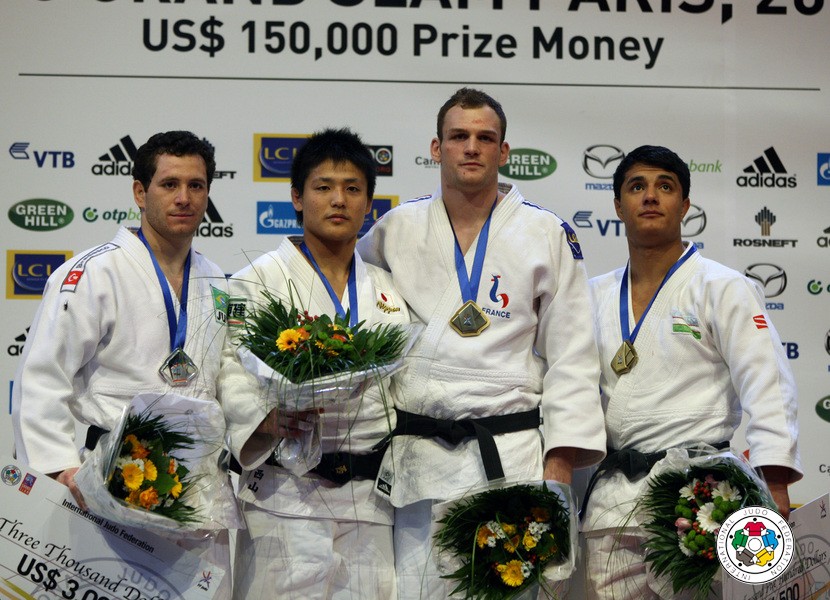 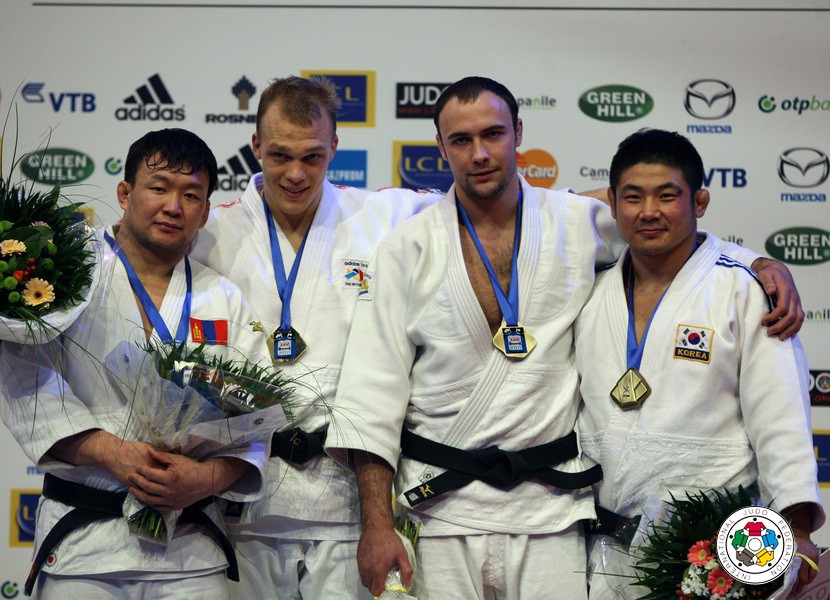 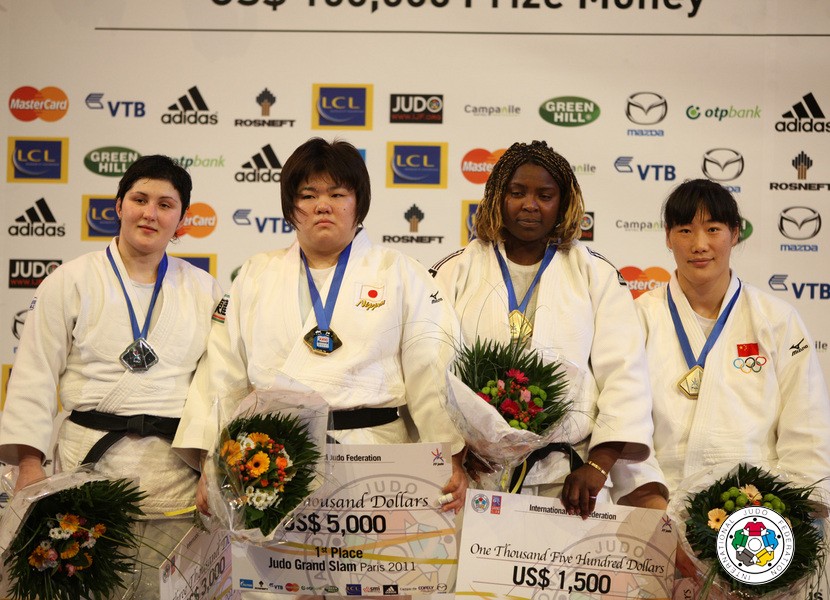 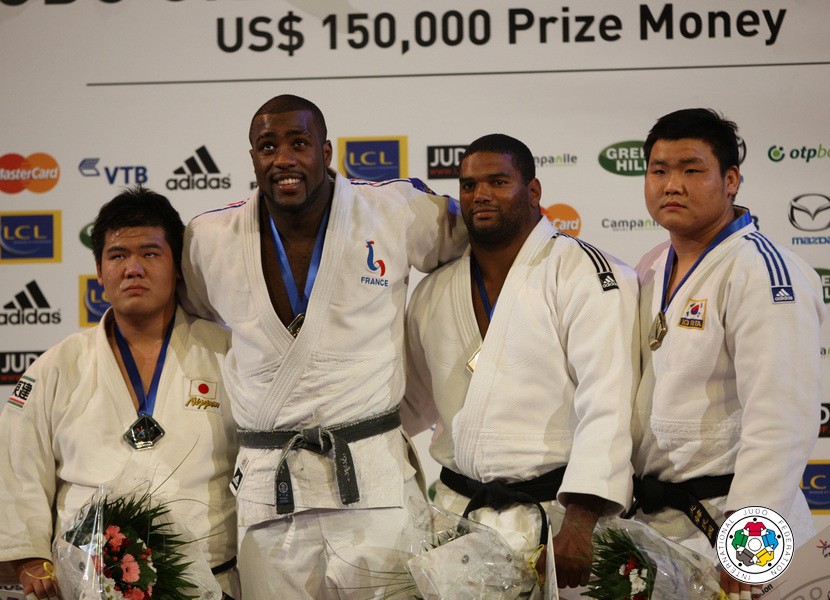