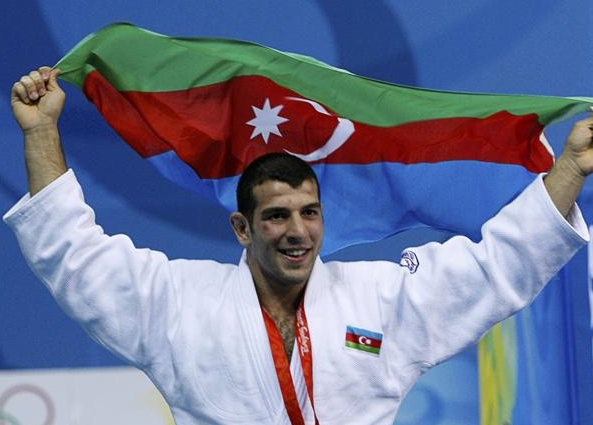 At the second and last day of the IJF Masters in Baku quite a bit of surprises in the final block although in the morning session most of the favourites passed the first test of 2011. 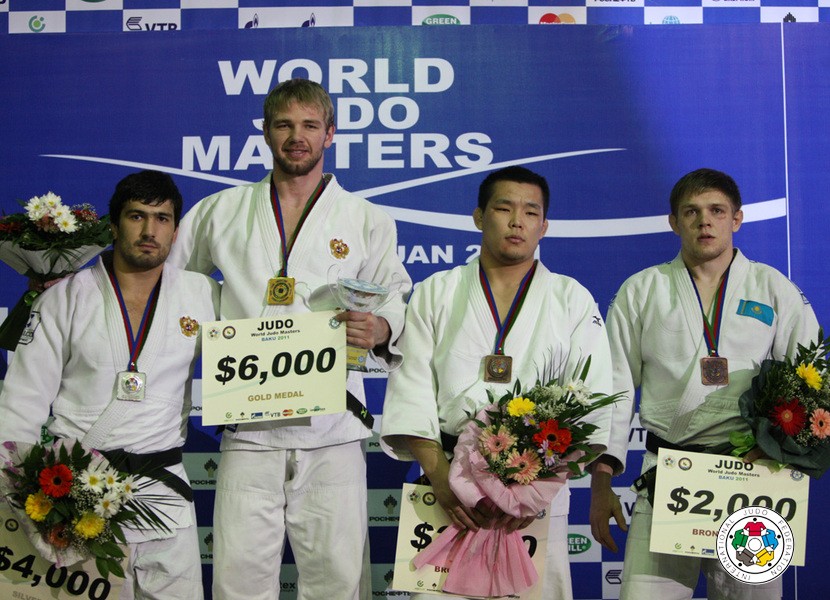 Men's -100kg
Only in the U100kg division it was a surprising way to the final. The major favourites lost in an early stage: World Champion Anai lost to Temuulen Battulga (MGL) who was defeated in the semi final by the later Champion Sergey Samoylovich (RUS). Luciano Correa (BRA) lost his first bout as well as European Champion Elco van der Geest (BEL) and Henk Grol (NED) who was ill. In an exciting field four men kept their heads together: Samoylovich who defeated Tagir Khaibulaev (RUS) in a Russian final, and 2009 World Champion Maxim Rakov (KAZ) who picked up the bronze with Battulga (MGL). 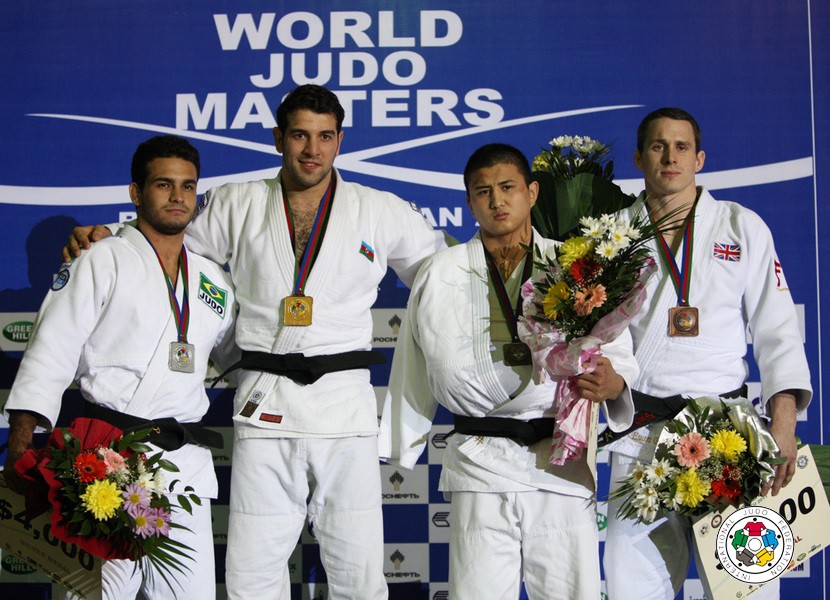 The home crowd of Baku however was more interested in their finals. In an amazing athmosphere it was Elnur Mammadli (AZE) who defeated Leandro Guilheiro (BRA) in the final U81kg. Last year Mammadli was the only judoka who won a gold medal (IJF World Cup Cairo) for Azerbaijan, so it was a good start for the organising country. Mammadli defeated Euan Burton (GBR) in the semi final who won bronze. Tadahiro Nakai won bronze as well. Olympic Champion Ole Bischof lost to Guilheiro in the first round. The Olynmpic Champion of 2008 (U73kg) Mammadli overcame European Champion Sirazhudin Magomedov in the first round, so the tone was set from the beginning. 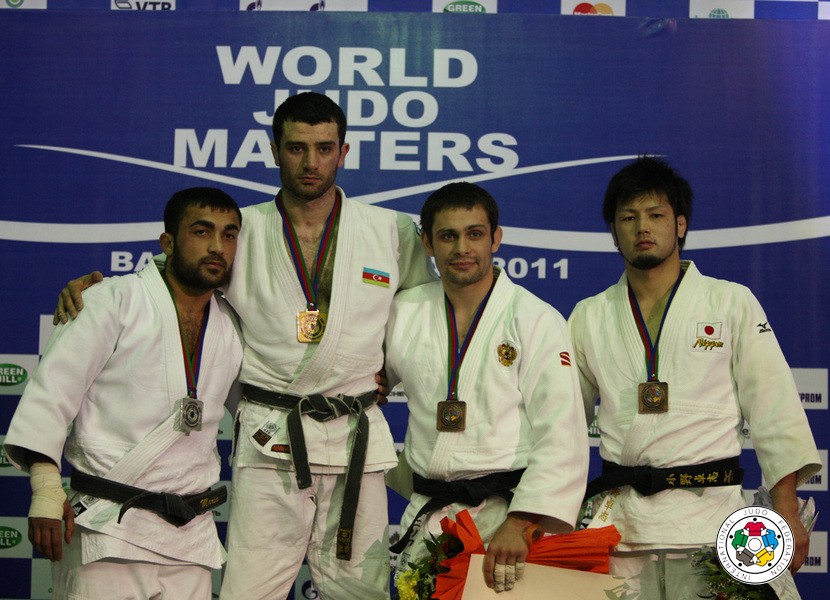 Men's -90kg
It became more crazy in the hall when Elkhan Mammadov (AZE) defeated the undisputed favourite Takashi Ono who defended his title. But in the semi final he lost to Mammadov. In a strong field Kirill Denisov (RUS), last year’s runner up, and world champion Iliadis (GRE) made it an exciting semi final, but it was Iliadis who battled Mammadov in the final. The Greek may have been overwhelmed by the great athmosphere that helped Mammadov to get the best out of himself. He defeated Iliadis by a great takeover and the crowd suddenly cheered for two gold medals, the best ever start for Azerbaijan. 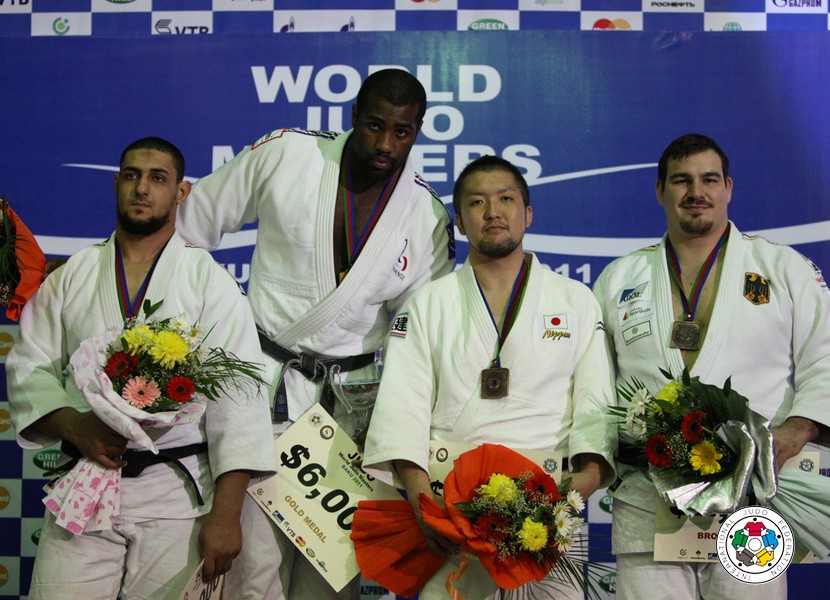 Men's +100kg
Less surprising it was Teddy Riner who won the +100kg division. In the final he didn’t have to fight Islam El Shehaby who only shaked hands for the final as he got injured to his knee in the semi final. Riner defeated Keiji Suzuki by decission and El Shehaby was stronger than Toelzer despite his injury as result. Riner prolonged his title, the only judoka to do this today which was a surprise with Anai, Ono, Lebrun and Qian Qin to start today. 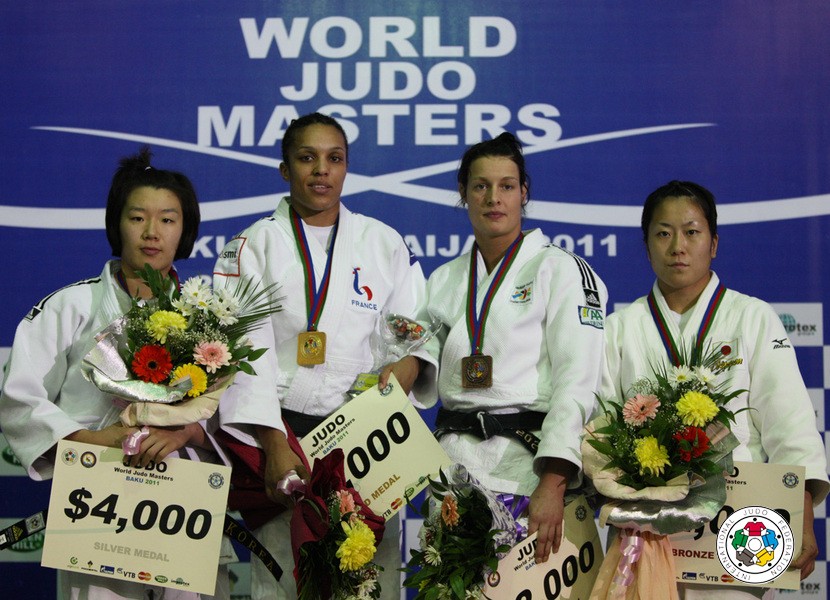 Last year’s winner Hwang Ye-Sul (KOR) reached the final again in this edition, but world champion Lucie Decosse easily won the final by ippon. In the semi final she had beaten Dutch Edith Bosch. Hwang was able to finish of Yoriko Kunihara (JPN) in the semi final. 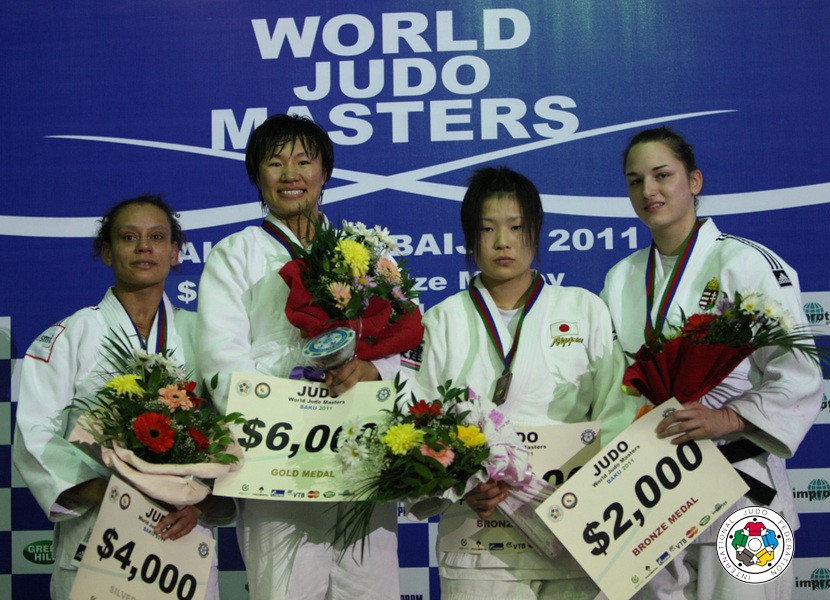 Another French in the final, last year’s winner Céline Lebrun tried to prolong her title after she beat European Champion Abigel Joo (HUN) in the semi final. But Olympic Champion Yang Xiuli was stronger in the final. The Chinese defeated 2009 World Junior Champ Akariu Ogata (JPN), the world’s number three of Tokyo in the semi final. Also this category which is not always so strong, had the best possible field today in Baku. 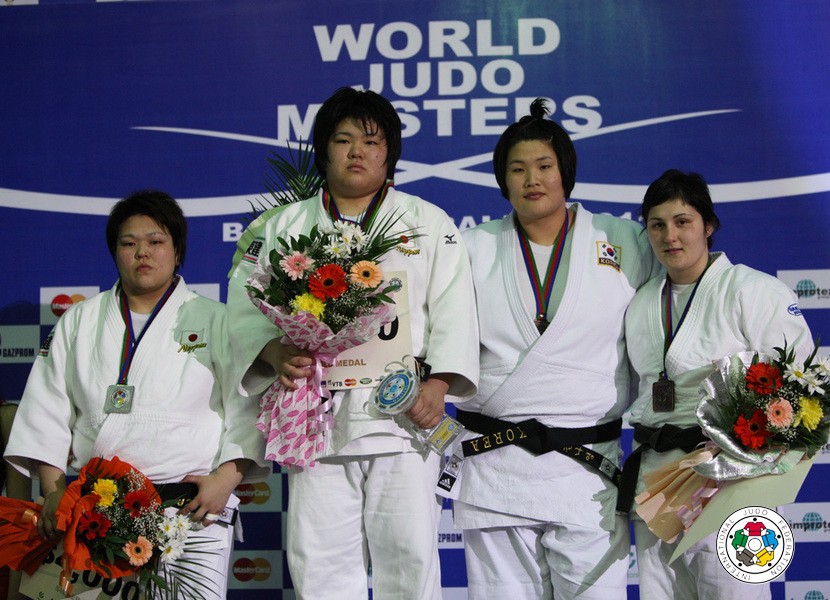 Women's +78kg
At the World Championships, it was Qian Qin (CHN) who reached the final twice (plus and open), but today Kim Na-Young was stronger in the quarter final. Kim lost to double world champion Mika Sugimoto (JPN) who was the favourite in advance. But in the other table European Champion Lucija Polavder gave Megumi Tachimoto a hard time in the semi final, but couldn’t preventy an all Japanese final. The world’s number three had already beaten Sugimoto last year, and in the end of last year she added the Grand Slam of Tokyo to her list of honours where Sugimoto finished fifth. So Tachimoto is the one in form and that was exactly the basis for her win against Sugimoto.

It also helped Japan to win the medal tally but but 7 medals less than last year, and four instead of six gold medals. Last year Europe won 20 medals in total, two gold, this edition seven gold medals and 30 in total. Quite a difference. For Asian 36 medals last year, 24 now. 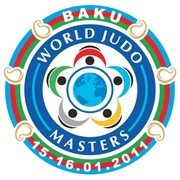 In two weeks the World Cups will start in Sofia for women and Tbilisi for men.