Day two of the IJF’s showpiece event belonged to the Land of the Rising Sun as the sport’s founding nations matched their exploits from day one with a flawless showing. After TAKATO Naohisa and TONAKI Funa (JPN) clinched the -60kg and -48kg world titles respectively, Japan were in command again with an irresistible display which was praised by Japan national team head coach INOUE Kosei.

INOUE said: “We have made a good start and of course I am pleased. Our goal is for every player to win gold, this is our only aim. ABE is still only 20 years old and yet has great control on his mind and body and showed that he is ready for this level.

“We are already preparing many judoka with a view to our home Olympics and we will continue to work hard to maintain this success in Budapest this week.” 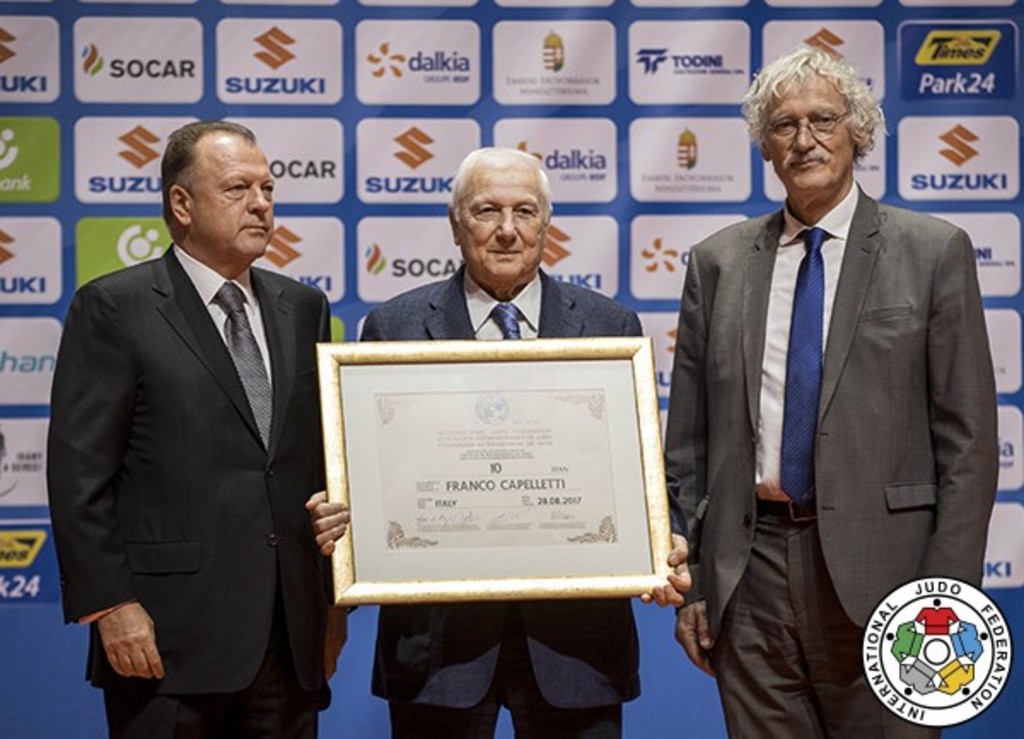 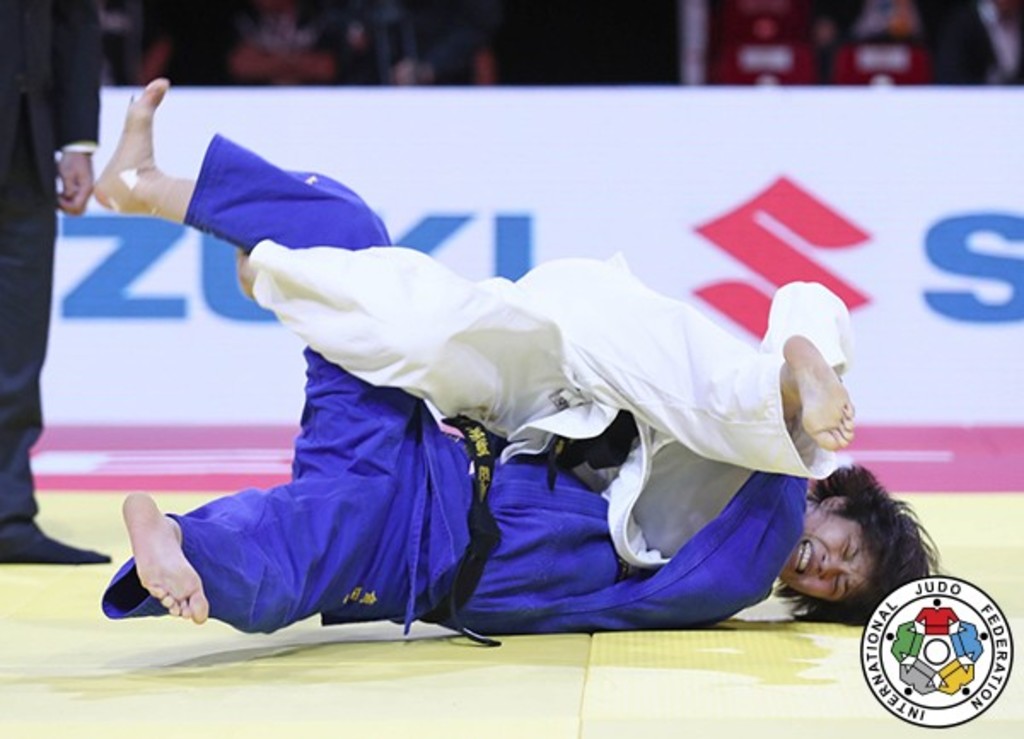 In the first semi-final Rio 2016 Olympic champion Majlinda KELMENDI (KOS) was beaten for the first time since 2015 as SHISHIME proved to the world that anyone can be beaten in judo. In the sixth minute of golden score, KELMENDI made a mistake as the Japanese won by waza-ari from a uchi-mata-sukashi. SHISHIME kept busy with her probing ashi-waza which gave her a platform to test KELMENDI and Kosovo’s Rio 2016 flagbearer saw her opponent leave as the winner for the first time in 29 contests. 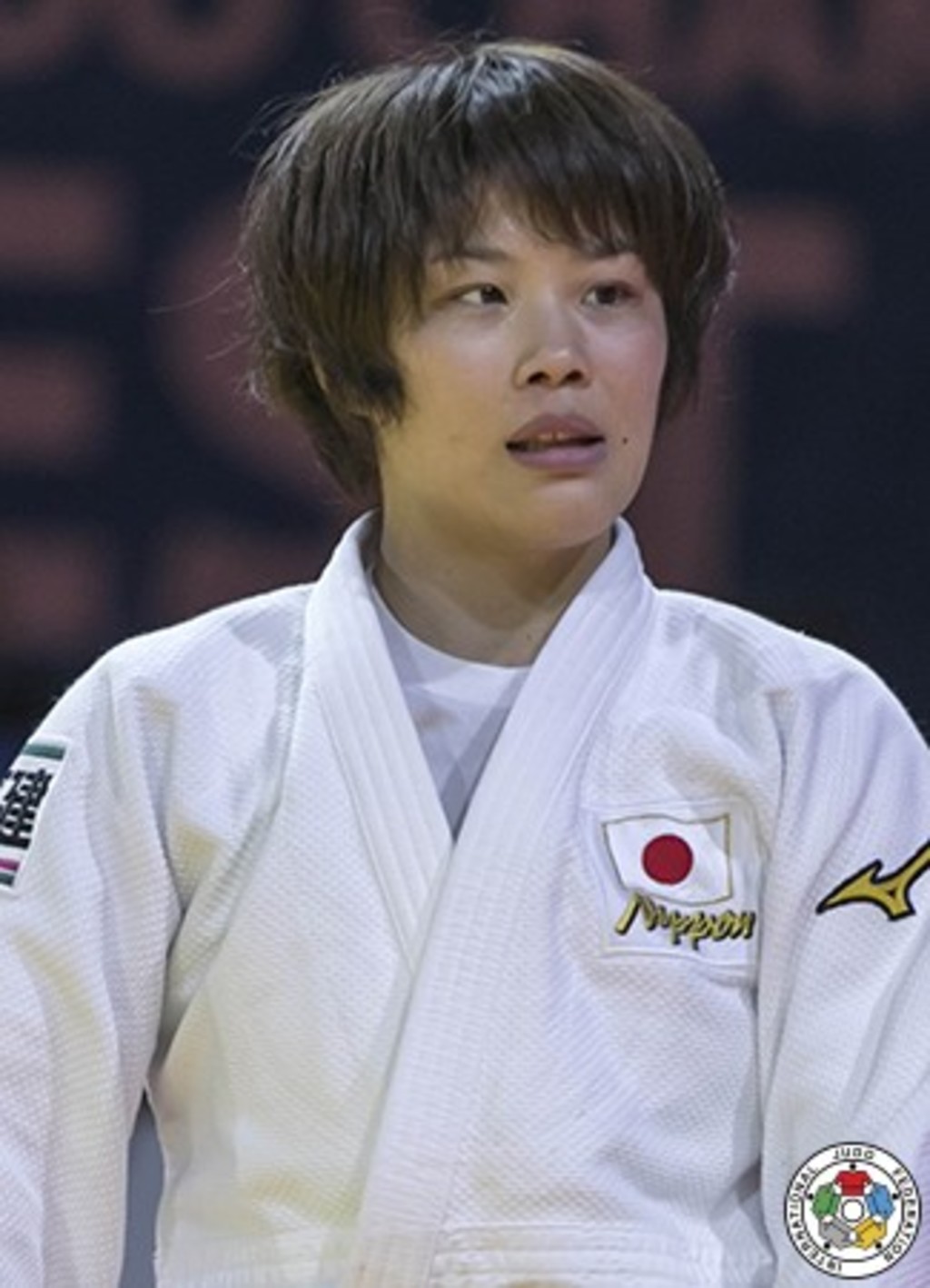 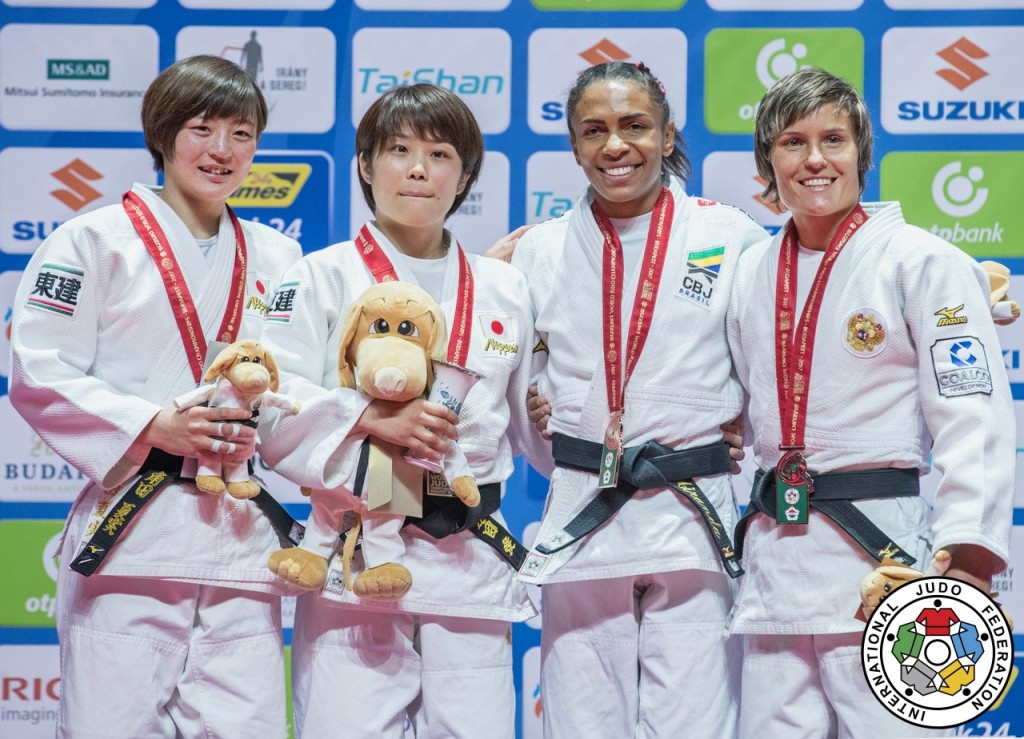 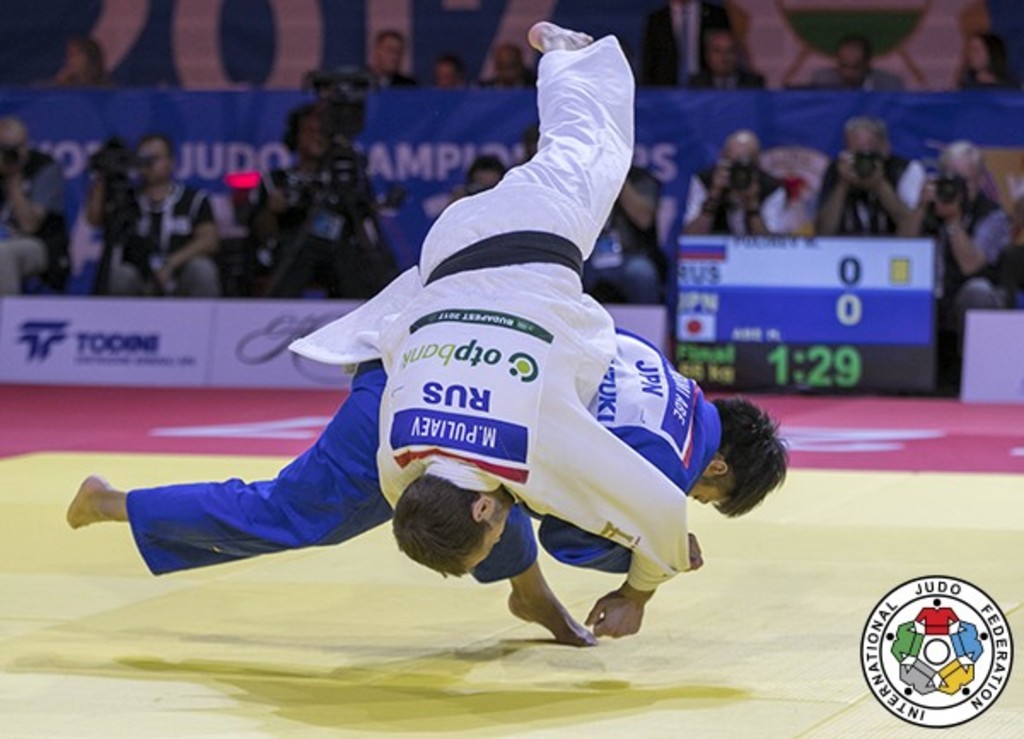 ABE, whose face features on advertising at the Tokyo Skytree, the television broadcasting tower and famed landmark, is the leader of Japan’s Tokyo 2020 generation, and, while he is understated off the mat, he is a must-see performer and saved his best until last as he defeated his 30-year-old Russian rival by ippon with a sumptuous sode-tsurikomi-goshi. Japan’s starlet won five of his six contests by ippon and scored six waza-ari on his way to gold. 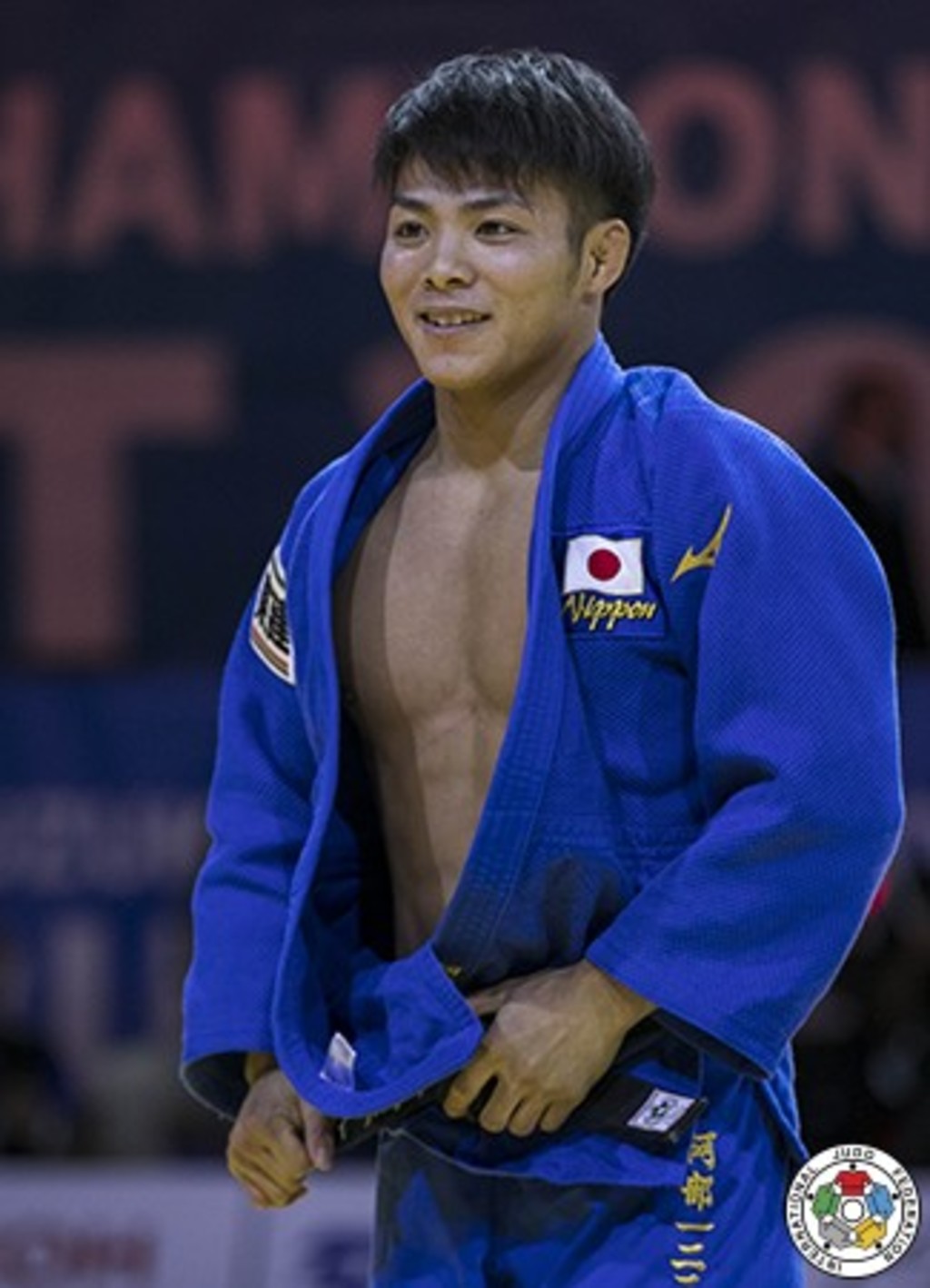 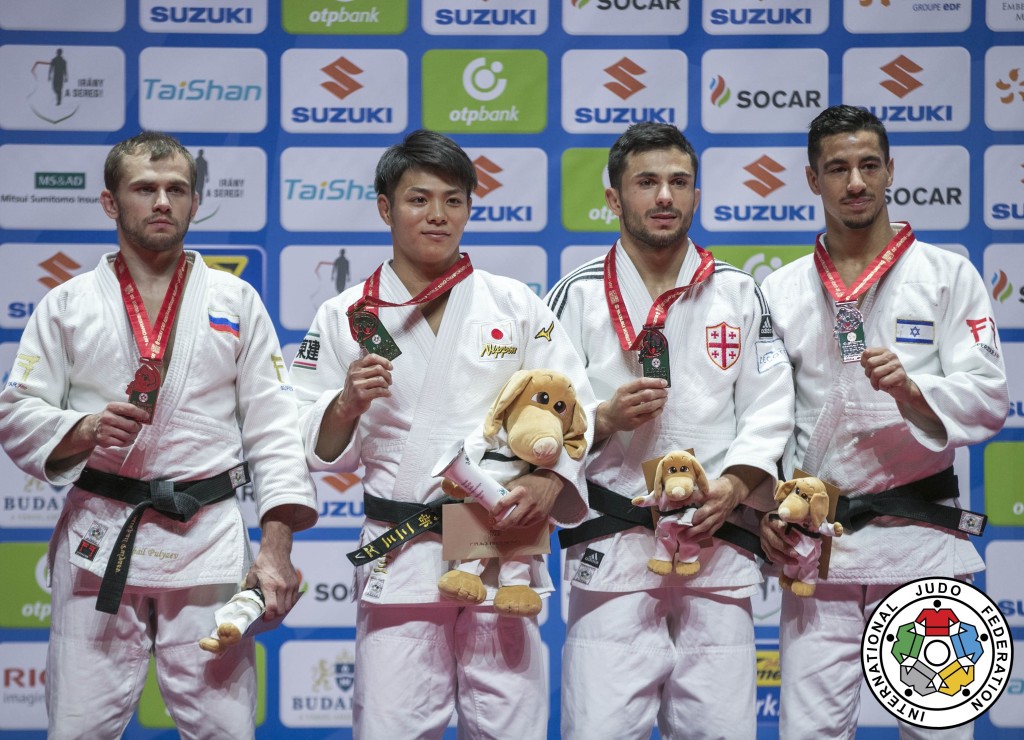