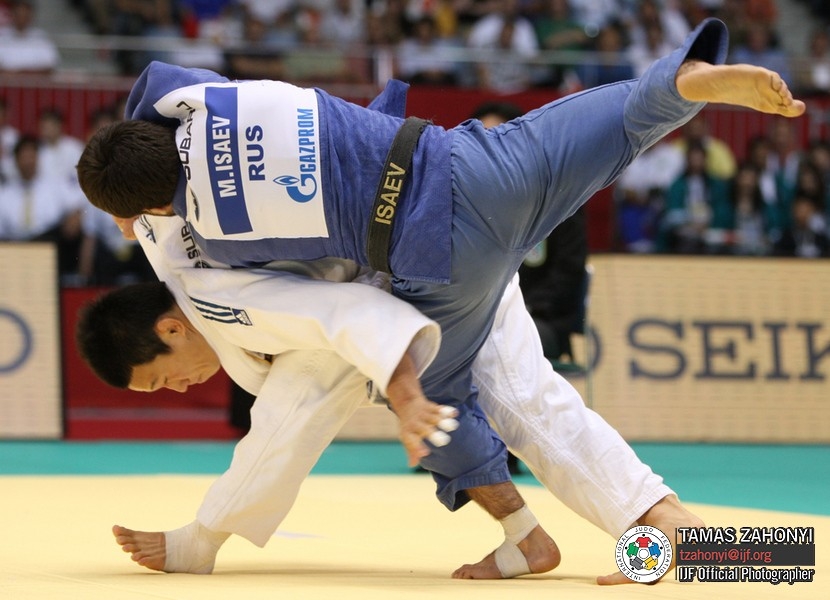 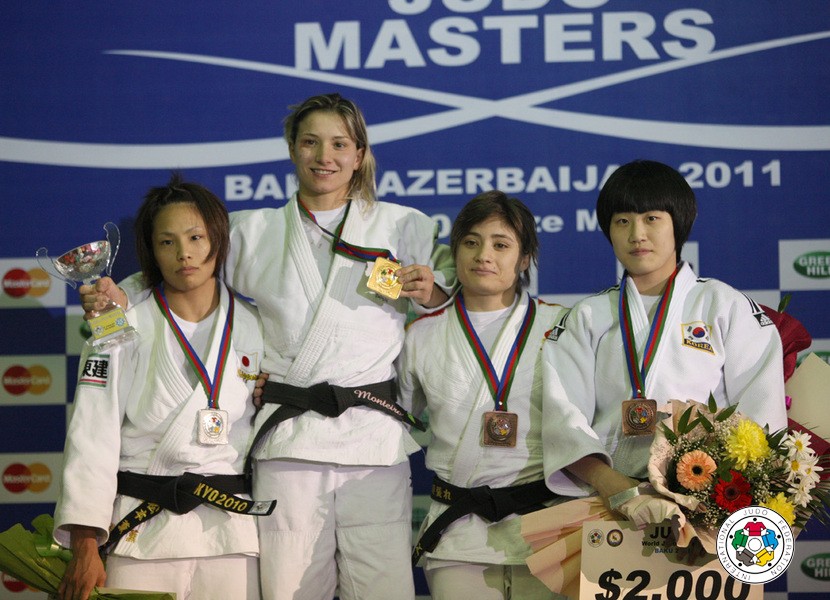 But some big surprises in the women’s division starting U57kg where Telma Monteiro finally defeated Kaori Matsumoto who was undefeated the whole last year and won the IJF Masters in Suwon, but now Portuguese Monteiro was stronger and defeated the world’s number one after losing four times in a row to the Japanese. The last time Monteiro came over her Japanese opponent was in the semi final in Hamburg in 2009, almost two years ago. 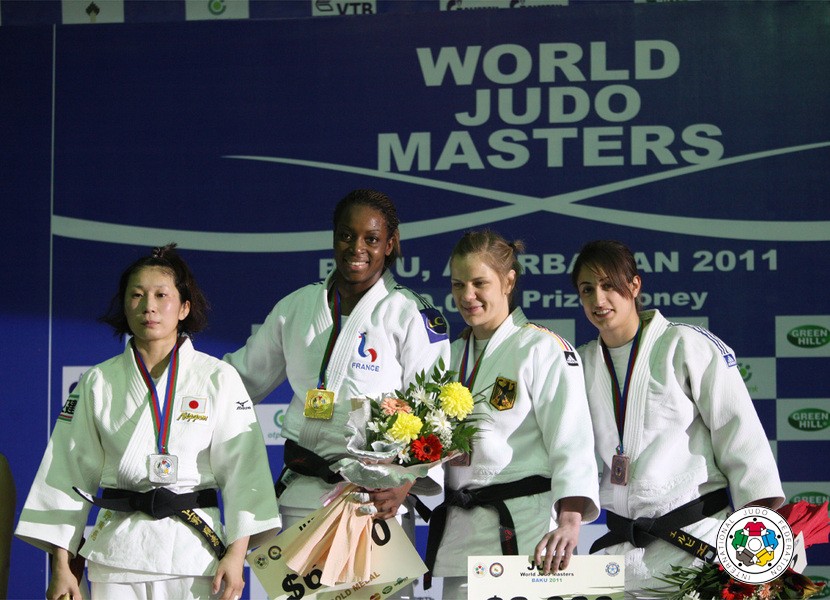 Another surprise was the loss of double World Champion Yoshie Ueno (JPN) who was beaten by Gevrise Emane in the U63kg category. It was a long time that both had fought eachother, in February 2008 Emane won too, but in 2006 Ueno won at the World team Championships. So both Japanese title defenders and world champions lost their bouts to a European judoka, a promissing start. Both winners won 6,000 dollar and picked up 400 points for the Olympic Qualification. 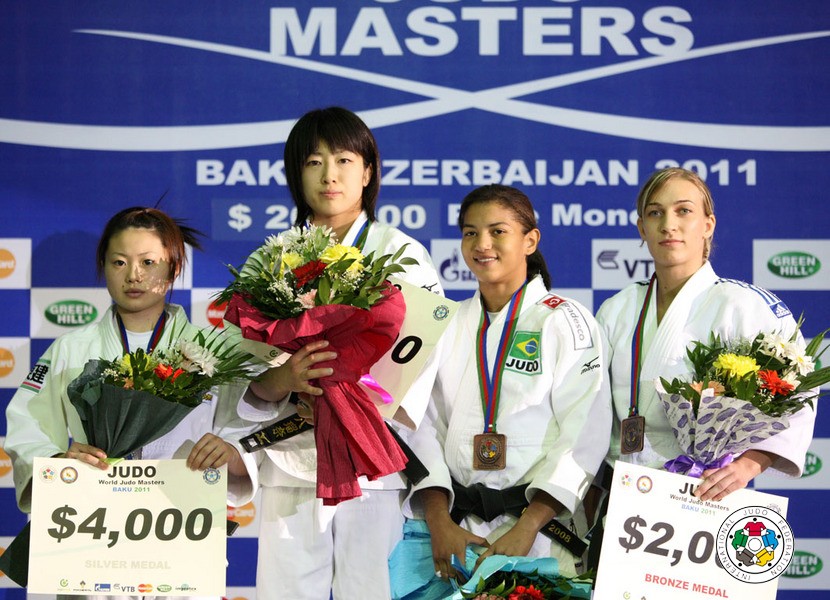 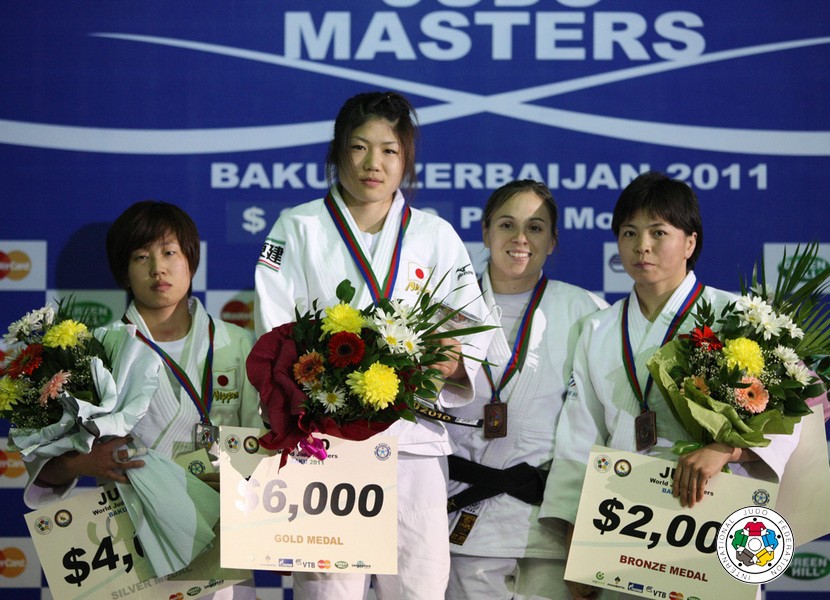 U52kg it was Misato Nakamura who was able to defeat world champion Yuka Nishida, a repetition of the World Championships final, but this time with different result. Nakamura had also won the IJF Masters in 2010. Laura Gomez of Spain won bronze. 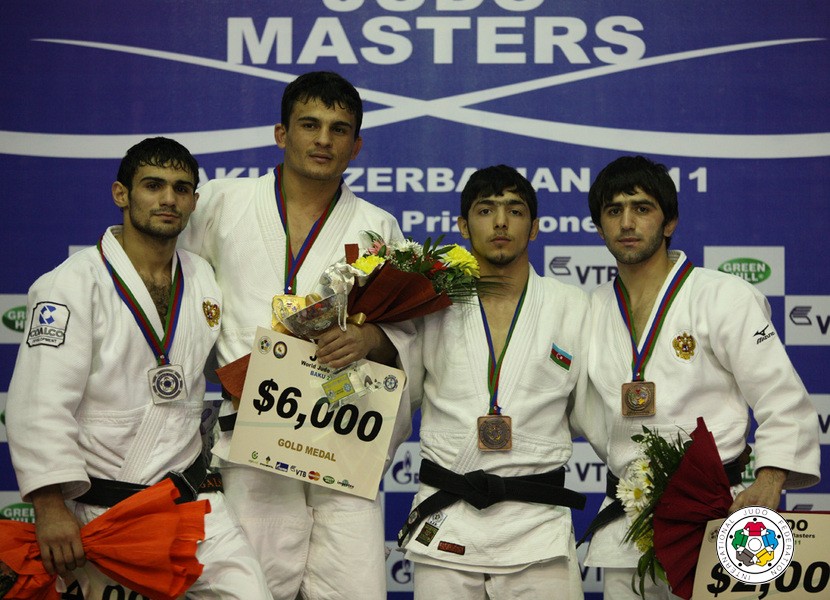 In the men’s category U60kg it was expected that Rishod Sobirov would win. The World Champion however was getting quite some competition of Arsen Galstyan (RUS), one of the few judoka who are able to measure with the best in this extreme strong category. Although the world’s number two and three were not present in Azerbaijan (Hiroaka/JPN and Zantaraia/UKR) it was Sobirov who beat the world’s number four Galstyan as well as Beslan Mudranov who finished third. Both Mudranov and Galstyan trained in Mittersill last week. Home favourite Ilgar Mushkiyev won bronze defeating Austrian Ludwig Paischer (WRL-5) in the first round. 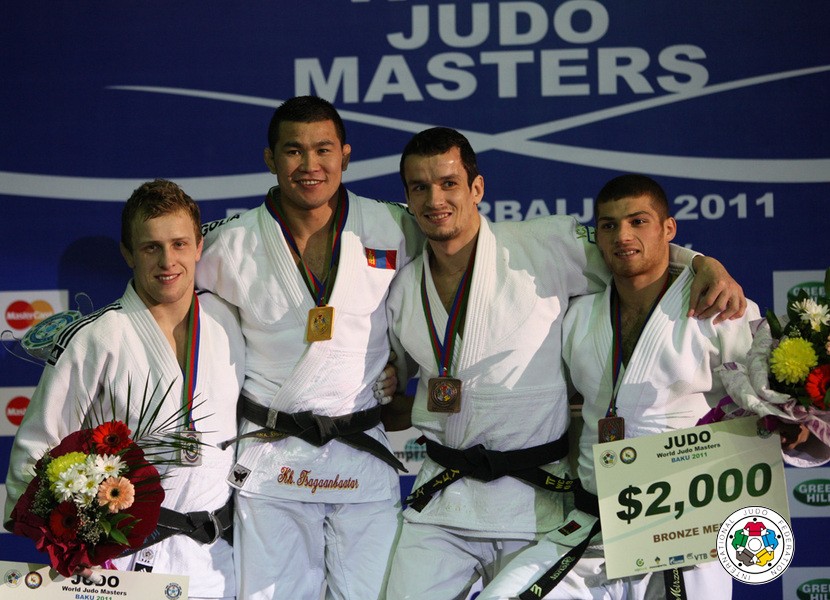 Mongolian Khasbaatar Tsagaanbaatar, the world’s number one U66kg acted accordingly. He won in Baku and took over the title of his compatriot Sanjaasuren who was this time defeated by Sugoi Uriarte who won bronze. Slovenian Rok Draksic reached the final when he overcame young Tarlan Karimov (AZE) who was heavily supported by the crowd. But Draksic is getting stronger every year but could not surprise 2009 World Champion Tsagaanbaatar. Three Europeans at the stage, just like last year. 2010 Finallist Gadanov (RUS) was defeated by Draksic in this edition. 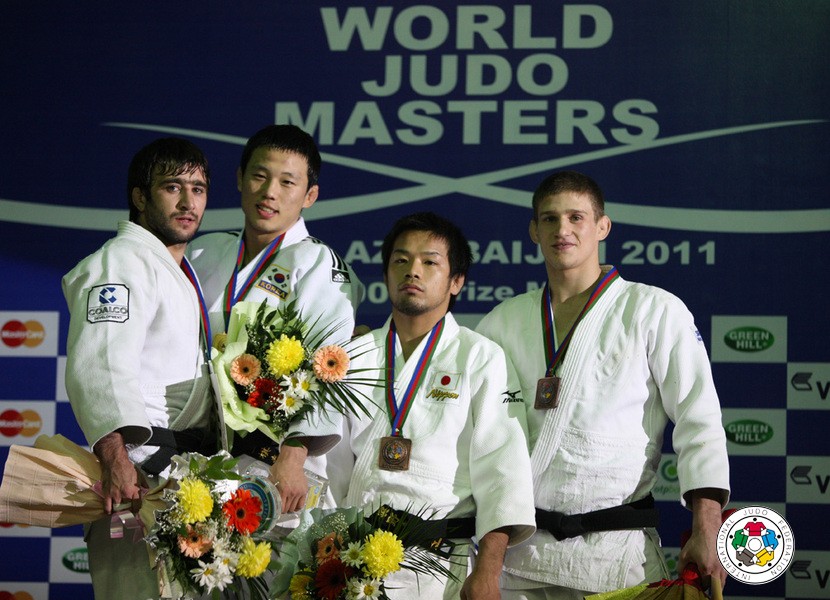 A comparable situation to last year U73kg where Bang Gui-Man (KOR) won the title last year, on Saturday it was Wang Ki-Chun (KOR) who collected his ninth international win including two world titles. Wang faced Mansur Isaev in a spectacular final where Wang dominated but couldn’t make a decissive score. In the golden score he finally convinced the arbitrary trio to award a yuko, enough to win the cup. A great final where the Korean continuously showed his skills but was blocked or spectacularly faced accrobatic moves of Isaev to prevent the score. Again a great match after both fighters had also delivered a great bot at the bronze medal match at the World Championships in Tokyo.

A good start for Europe winning 15 medals at the first day, compared to the ten in Suwon (KOR) in the previous edition.