British Judo: The Team is ready for Under-23 Championships in Sarajevo later this month! 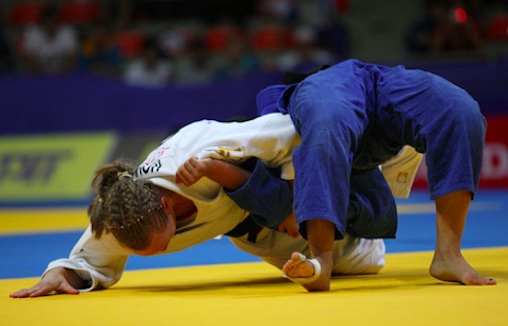 GRAPPLING: Great Britain's Gemma Howell is looking to improve on her 2008 bronze medal at the European Under-23 Championships in Bosnia later this month.

Howell leads 11-strong British team at the European Under-23 Championships!

Howell, 20, who reached the podium two years ago, will again compete in the -57kg category and has been in impressive from since returning from injury in May, capturing gold medals at the British Open, the Slovenian European Cup and the Orenburg European Cup.

Joining Howell is Ashley McKenzie who returns to compete in the -60kg, having secured gold medals this year at the Swedish Open, the British Open and the German European Cup.

Kimberley Renicks (-48kg) was forced to withdraw last year due to a shoulder injury, but will make her final appearance at the event this year.

All three have gained significant experience this year at various events on the World circuit. Edwards, who usually fights at -48kg, competed in the Senior World and European Championships this year and "didn't look out of place amongst the senior fighters,"according to head coach Patrick Roux.

Completing the line-up are Theo Spalding-McIntosh (-90kg), who was absent from the line-up last year due to a knee injury, Megan Fletcher (-70kg) and David Groom (-81kg).

British Judo performance operations manager Karen Roberts said: "This event will provide an opportunity for these transition players to connect to a strong International level in preparation for their senior careers.

"For the younger players this is a good event to build on their performance at junior level and develop for the future."