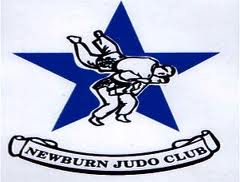 Judo club is helping sisters to settle in

A NEWLY immigrated African family are integrating into British life with the help of a local judo club.

Father of six girls, Mohammad Ouattara and his wife, who are from the Ivory Coast and Guinea respectively, moved to the West End of Newcastle in 2008, to escape civil unrest and give their children a better life.

Overcoming problems such as the language barrier, finding work, suitable housing and schools was a lot to take in, yet after being introduced to the sport of judo, the children have settled in to the area very well.

All six children have practised judo in their schools and have flourished at the sport.

The girls went on to pursue the sport at Sacred Heart School, as part of the Premier League 4 Sport programme, where each Premiership side offer satellite clubs in judo, badminton, table tennis and volleyball.

Their potential was recognised by judo coach Joe Laws, who was overseeing the satellite club, and the sisters are now members of highly-regarded Newburn Judo Club.

The girls have already progressed from the sports initial white belt, to the next graded colour of red, and have also been amongst the medals in regional events.

Furthermore, the girls have not only had success in judo, but they have also developed their fitness and made new friends.

“We have always been involved in sport but never judo, we thought getting involved would be a good way for us to express ourselves as individuals,” said Harjiratou.

“Judo has also helped us to meet new friends and overcome our shyness and helped us socially as we have met lots of new friends but more importantly it has helped us feel more confident in our day-to-day lives.

“We want to act as role models for other girls and encourage them to join judo clubs as the sport has taught us so much, we would also like to compete nationally which will take a lot of hard work and dedication.”

Proud father Mohammed said: “It’s fantastic that the girls are part of such a successful project, I have been very impressed with the standard of judo I have seen and have realised my girls have the potential to go a long way in the sport with dedication and hard work.”

Laws, the girls’ coach and mentor at Newburn Judo Club, feels privileged to be teaching such hard-working and committed children.

He said: “These girls have come into the sport with no experience and they’ve flourished on and off the mat. They’ve been a pleasure to teach and their dad is very keen on them practising the sport as he’s aware of the social and health benefits.

“Their English is improving all the time and despite not always understanding what I say they always grasp things from a demonstration and still manage to interact well with the other children.”

Lisa Bell, Newcastle’s Premier League 4 Sport co-ordinator said “Newburn Judo Club has completely embraced this programme and it could not have been as successful without the hard work and dedication from Joe and everybody at the club.”

Newburn Judo Club train at the Newburn Activity Centre on Grange Road. Men and women train on Monday at from 8.30pm to 9.45pm while there’s a mixed session for girls and boys on Thursday from 5pm-6.30pm.