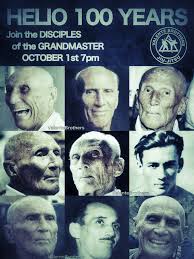 You can argue all day about the roots of mixed martial arts. From Greek Pankration to Muay Thai to American wrestling to Brazilian Jiu Jitsu, there were a myriad of arts and a multitude of sporting moments that helped forge the path to what we now recognize as MMA. What you can’t argue is that Brazilian Jiu Jitsu’s impact on the formation and growth of mixed martial arts has been tremendous and because of that MMA owes a huge debt to Master Hélio Gracie. After first being denied the opportunity to train Kano Jiu Jitsu (what we know as judo) under his brother, Master Carlos, because his slight (reportedly 135-lb) frame was “too fragile,” Hélio would eventually become Carlos’ star pupil. The two brothers would then work together to adapt judo’s techniques to create Gracie Jiu Jitsu.

Later, Hélio’s son, Roiron, brought BJJ from Brazil to the United States. And in 1993, Royce, with Hélio in his corner, brought Gracie Jiu Jitsu’s philosophy that technique can overcome strength to the world’s attention by defeating three men at UFC 1 in just over 5-minutes total to win the eight man tournament.

Master Hélio passed away in 2009, but October 1st would have been his 100th birthday. So today, we ask you, fellow MMA fan, to raise your glasses, tip your hats, and (if you train) train just a little bit harder (though not necessarily in that order) in honour of one of the true legends of martial arts and one of the founding fathers of this sport we love so much.

Obrigado and feliz aniversário (thank you and happy birthday), Hélio.