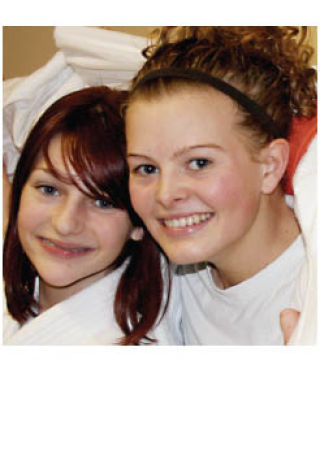 Known as the largest judo tournament in Canada, the event took place Nov. 20-21 at Seneca College in Toronto.

Ali Briggs, 16, a bronze medallist at the 2010 Judo Canada Youth Nationals, came home from Toronto with a bronze medal in the U20 division to add to her collection.

Stephanie Salzbrenner, 15, lost in one of two bronze-medal bouts that were held, and ended up in fifth place.

“Ali did better than the last time with this girl. I’m pleased with the progress,” he says, adding he is confident Ali fits comfortably in the top 3 in her division, countrywide.

Both Ali and Salzbrenner have qualified to compete at the 2011 Canada Winter Games next February in Halifax.

Ian says he doesn’t believe 100 Mile House has ever had two high-calibre judo athletes at one time. To rise above their competition, both have learned to focus on their strengths, he adds.

“Last year, we knew their technical ability was not as high, so we focused on physical strength, and at competition, both were superior strength-wise. We look at the assets and focus on what we can control.”

The two girls will next be attending a Christmas camp with their provincial team, and in February, they will compete at the Vancouver International. .