From mmafighting.com: "Technique Talk: Dave Camarillo on judo in MMA and the challenge of Ronda Rousey"

Great article from mmafighting.com:  Dave Camarillo, a renowned MMA coach as well as a black belt in both judo and jiu-jitsu, speaks to MMA Fighting about Judo in MMA...…

Kayla Harrison, the first U.S. athlete to win an Olympic Gold Medal in the sport of judo was featured in a recent cover story of Sports Illustrated for another victory, that of overcoming sexual abuse and sharing that experience with the world to make it a safer place for all our youth.

Lots of great stuff from London!

CHAMPIONS ARE NOT BORN - THEY ARE BUILT! 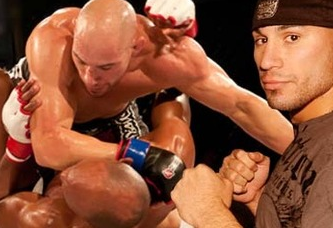 The 34-year-old  got a late start in MMA (his first pro fight was in 2009), but he more than made up for it training at Sityodtong in Somerville and Renzo Gracie NH in Derry, N.H.. The 2004 judo Olympian
went a perfect 4-0 for…

Masao Fukuma: One of just a few living Judo Legends in American Judo