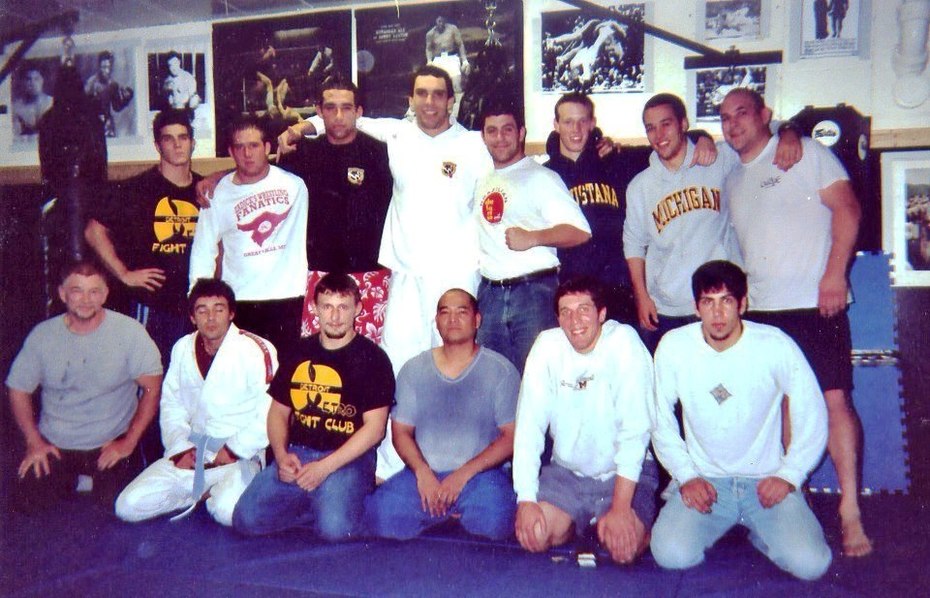 Enlieu of Fabricio Werdum's successful UFC bout vs. Browne on Fox last Saturday night 4/19/14 which sets up a showdown with heavy champ Cain Velasquez this Summer for the title I dug up this photo of Farbricio when he visited our dojo in '04 (top row 3rd from left). Wonder if Browne realized one of Fabricio's best friends was non other than 6'6" World BJJ Heavy Champ Marcio Corleta (next to Fabricio 4th from left) and was very acquainted with mega tall athletes. When in Michigan back in the day they would sometimes stop in and roll with us. At the time we were set up in the basement of an Ann Arbor hardware store. Knelling L to R: Walt Lamb (me MFC honcho), Rodrigo Nunez, Quincy Rice (Owner/Sensei Jackson MMA), Francis Garcia, Evan Lacey, Glen Hauk -- Standing L to R: MSU & CC HS Matt, Kyle Smith (Capt. of U of M's wrestling team), Fabricio, Marcio, Dan Theodore, Matt Jubera (Sensei/Owner of Dark Horse BJJ in Colorado Springs), Jason May, Don Richard (Owner/Sensie Fuse MMA). Aside from me there are 3 or 4 other judo black belts in pic.